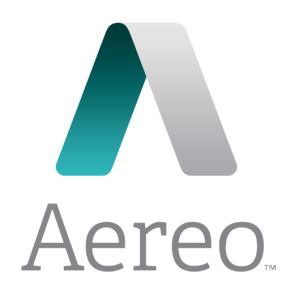 Broadcasters have challenged Aereo’s business model, claiming that it violates their property rights. A group of companies disagrees, and have filed “amicus” (friend of court) briefs supporting the Internet television service.

Public Knowledge supported Aereo, the Barry Diller-backed service, telling the court that “using modern equipment to receive broadcast TV is not against the law.”

Last May, in another filing with New York U.S. District Court, Public Knowledge joined the Electronic Frontier Foundation in arguing that Aereo’s delivery of TV station signals over the Internet is a private, one-to-one transmission, not a public performance subject to exclusive copyright, similar to the remote DVR functionality that a federal appeals court upheld in the Cartoon Network vs. Cablevision case.

In that filing, Public Knowledge was opposing broadcasters’ request for a preliminary injunction to close down the service while the court considered the suit. The judge ultimately denied that injunction, agreeing with Public Knowledge.

Also filing briefs on behalf of Aereo were the Computer and Communications Industry Association (CCIA) and Internet Association. The CCIA is made up of computer and Web companies, and mobile broadband and satellite service. The membership includes Microsoft, Google, DISH and Sprint. Internet Association members include Amazon.com, Facebook and IAC, which is headed by Diller.

Both the CCIA and the Internet Association told the court that their members have invested in cloud computing based on the Second Circuit’s ruling in Cartoon Network vs. Cablevision case that a transmission made by a user from a remote DVR to themselves is a private, not public, performance.

The groups said Congress, not the courts, is the best place to decide the issues in the Aereo case.

“TV broadcasters are essentially complaining that Aereo is disrupting their existing business model,” said CCIA President Ed Black. “However, in the past, the Supreme Court has recognized that it is best for Congress to decide whether or not it is desirable to expand protections of copyright owners to respond to changes in technology.

“We agree that Congress, rather than the court system, would have more flexibility to address TV broadcasters complaints without creating uncertainty for Internet innovators and investors.”

Aereo’s case is based on the way it transmits programming to its users. “Where a transmission is made to a single consumer using a unique copy available only to that consumer, it is not a performance to the public, and therefore does not infringe any exclusive right of public performance,” Aereo argued in court.

The broadcasters have counted “the unauthorized retransmission of over-the-air television broadcasts, through any medium, violates the public performance right set forth in the Copyright Act.”

A New York District Court denied a broadcaster request for an injunction in July, saying Aereo was essentially the same as the Cablevisions’ remote DVR functionality, which the Second Circuit upheld in the Cartoon Network vs. Cablevision case. Broadcasters appealed, and that appeal is now being considered. The briefs are part of that case.