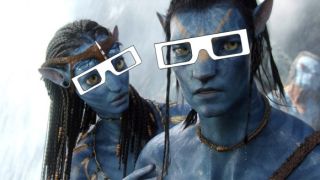 SAN JOSE and MILPITAS, CALIF.: The discussion of 3DTV video quality can now begin in earnest. The MPEG Industry Forum and the 3D@Home Consortium have released their new glossary of terms for describing stereoscopic video. More than 235 terms made it into the final glossary, aimed at 3D videographers, crews, post, and test facilities.

“It is designed to facilitate their communication on the many distinctive aspects of digital production, testing, encoding and compressing, when considering three dimensions rather than just two,” 3D@Home said.

The terms were identified and defined by a team of the 3D@Home’s Content Committee, ST1, and MPEGIF’s 3D Working Group, both lead by Sean McCarthy, Ph.D., from Motorola Mobility.

“As a vision scientist, I am pleased to have, in one place, a reference guide to this new terminology,” McCarthy said. “When all individuals involved in a project are referencing a similar vocabulary, then communication can be clear and unambiguous. That shortens creation, evaluation and development cycles and avoids costly errors.”

Rick Dean, chair of the 3D@Home Consortium and senior vice president at THX, said the glossary will “serve as a natural tool for reference as training materials, best practices documents, presentations, and other communication vehicles are developed.”

The compilation is considered a “living” document in the sense that revisions and updates are likely. MPEGIF and 3D@Home said that because video creation terms are more easily demonstrated than described, “plans are in place to expand the written definitions with multimedia examples available online.”

Television Broadcast reported on the development of the glossary in July, and again last month when the draft was completed. McCarthy had noted how terms such as “artifact’ and “macro-blocking’ grew out of high-definition TV, but they were not adequate for describing three-dimensional video.

The “Glossary for Video & Perceptual Quality of Stereoscopic Video” is available in .pdf form at 3D@Home.org.