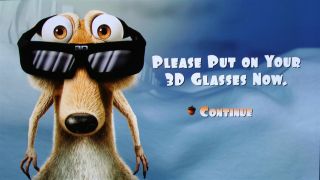 NEW YORK: The introduction of 3D capability to TV sets isn’t a sufficient reason for most Americans to run out and buy a new TV set. That’s the verdict of a Deloitte survey of 1,960 U.S. consumers.

“While major companies are betting on 3D, the survey finds that a majority of the consumers are not ready to make the transition to what is perceived to be more expensive technology,” Deloitte’s “Revolutions 2010” stated. “At a time when 72 percent of consumers have cut their overall entertainment budget... the majority of survey respondents--83 percent--agree 3D is not important enough to buy a new television.”

The results are par with other consumer surveys. Despite the industry hype surround 3DTV, people are responding with a resounding shrug. Several factors contribute to the indifference. Millions of households have purchased HDTV sets in the last few years. Last year alone, dealers sold 31.5 million flat-panel HDTVs, according to the Consumer Electronics Association. The CEA’s estimate of HDTV penetration in U.S. households is 63 percent; Nielsen puts it at 54.2 percent.

The glasses are another impediment. A recent Nielsen study noted that people didn’t like them because they couldn’t do much else while wearing them. Deloitte found the same sentiment.

“Aside from possibly being uncomfortable and geeky, they are also a barrier to the multitasking that consumers engage in while watching TV, including surfing the Web, reading e-mail, talking on instant message, and reading books, newspapers and magazines,” said Deloitte’s Ed Moran.

Cost is another issue. Of the flat-panel TV owners in Deloitte’s survey, 60 percent said they wouldn’t pay more for 3D capability. Twenty-one percent said they’d pay a premium of around 10 percent.

One more reality is that content isn’t all that. One-quarter of participants that had seen 3D content were underwhelmed by it. Only 9 percent of the sample had seen 3DTV first hand in the last six month. Seven percent purchased 3D content for the home. Of that group, 55 percent said 3D met their expectations, while 24 percent said it didn’t live up to them. A third said it didn’t enhance the experience of watching TV. Of the 24 percent who were underwhelmed, 13 percent got sick watching in the format.

Deloitte reported that younger people have the most enthusiasm about 3DTV: 40 percent of those 14-27, the Millennial generation, said they would by a 3D set with glasses; 55 percent would buy one without glasses. Presuming well-paying jobs--some day.

“They’ll lead the adoption of 3DTV,” Moran said. “Millennials also express the greatest desire to pay a premium for the 3D experience in both the home and the cinema. They are a viable, near-term market for companies to focus on as the technology and consumer experience evolves.”

Deloitte conducted its survey between June 29 and July 11, 2010, polling people ages 14 to 75. Margin of error is plus or minus five percentage points.
-- Deborah D. McAdams

September 9, 2010: “3DTV Clashes With Multitasking”
It’s impossible to text, instant message or surf while watching 3DTV, and that’s an obstacle to adoption.

August 25, 2010: “Americans Are Leary of 3DTV Side Effects”
Seventeen percent of Americans believe that viewing 3DTV poses health risks to the eyes, and a further 55 percent “aren’t sure,” a new survey of 2,000 U.S. consumers from Strategy Analytics’ Digital Consumer Practice reveals.