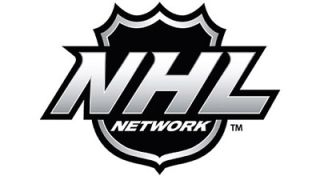 NEW YORK: There are hockey fans, and then there are diehard "can't get enough hockey!" fans. For this second group, the NHL Network is a godsend. Working out of the NHL's league offices in New York City, the NHL Network ties it altogether with live coverage of all the games being played each day, in-depth coverage of NHL events, and replays of top games after they occur.

"Our goal is to get as much hockey content to fans as we can, complementing the coverage they already get on network and regional sports networks," said Bob Chesterman, the vice president of programming for the NHL Network.

"When you watch the NHL Network, you stay on top of every game being played; bolstered by knowledgeable analysis and interviews. After the games are done, we keep you informed with hockey news and full replays of the night's most exciting and/or important matches."

Currently, the NHL Network, which launched on Oct. 1, 2007 and available in both SD and HD, has 45 million subscribers in Canada and the U.S. Its programming is carried on all major cable and satellite TV providers.

The NHL Network is based at 1185 Avenue of the Americas, in the NHL's offices on the 12th floor. This is where the network's management, local New York studio control room and 13 edit suites running Apple Final Cut Pro are located. The 12th floor facility remotely controls three Panasonic AK-HC1500 cameras located in the ground floor NHL Powered by Reebok store. The daily headline show "Cisco NHL Live" originates there 5 p.m., ET.

The New York studio control room also remotely controls the league's TeamCam System, which is based on Sony BRCH700 robotic cameras and controlled by an Azzurro HD touchscreen IP control system. One of these cameras is mounted underneath the center-hung scoreboard in every single NHL arena.

The heart of the NHL Network is located at the Comcast Media Center (CMC ) in Denver, where the network has its primary Master Control room.
"The TeamCam cameras are always accessible to us, allowing us to do interviews, pre-game shoots and anything else from each team's center ice whenever we need to," said Grant Nodine, the NHL's vice president of technology. "This gives us a constant window on the sport, no matter what time of day it is." Each arena is also home to a Grass Valley K2 Summit, which stores game broadcasts on AVC Intra-100.

Part of the NHL Network's content is produced in studios in Toronto, which are in the same complex as the Canadian specialty sports network TSN. Eventually, a third site will be added when NBC Sports opens up its new production facility in Stamford, Conn., under a 10-year, $2 billion rights deal signed between NBC and the NHL in 2010.

The heart of the NHL Network is located at the Comcast Media Center (CMC) in Denver, where the network has its primary Master Control room; equipped with a Grass Valley video switcher and Chyron HyperX3 /Vizrt HD graphics systems. Video storage is done using Sony XDCAM codec on a Front Porch Digital DIVA digital archive.

The CMC is connected to the NHL's MPLS VPN IP network. Provided by Level 3 Communications, the MPLS connects all of the NHL's arena, production centers, and the CMC in one all-IP embrace. Video is transmitted using Cisco D9094 encoders and D9894 decoders. The outgoing feeds are served by the CMC to cable and satellite TV companies across North America.

"We actually run two channels to our affiliates; one primary and one alternate," Nodine says. "Our main feed goes out on the primary channel. The alternate allows us to provide feeds to areas affected by game blackouts and other local conditions. In this way, we keep our viewers supplied with hockey, no matter what."

Currently, the NHL network uses the game feeds as provided by their arena partners; including those partners' graphics. However, the league plans to use the NHL's own graphics to provide consistent branding.

Although staff at the NHL Network's New York headquarters start working at 6 in the morning, the network itself doesn't go live until 5 p.m. ET, when "Cisco NHL Live" is broadcast from the NHL Powered By Reebok store. At 7 p.m., the network switches to its Toronto studio to feed "NHL on the Fly," providing live "look-ins" across the night's games. Then, the network generally plays live primetime games, unless affected by blackouts. At 10 p.m., the newly introduced "NHL Tonight," a highlights news show airs until 1 a.m.

"Starting at 1 am, we run recorded hourly versions of NHL Tonight," Chesterman says. "We then run two whole games back-to-back from the night before until 5 pm arrives. Then we start the whole rotation all over again."