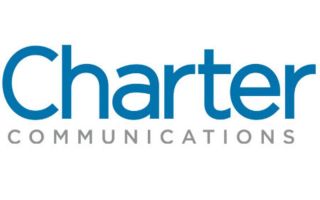 STAMFORD, Conn.—Charter Communications, the internet, cable TV and phone company also known as Spectrum, has seen a large number of its employees test positive for COVID-19. A potential reason, according to a New York Times report: company policy that has seen thousands continue to work in offices and call centers during the pandemic.

The New York Times report says a source informed them that more than 230 employees have tested positive since the pandemic hit the U.S. The company was deemed an essential service because of its role in keeping customers—people and businesses—across the country connected.

Charter has 95,000 employees in 41 states. About 40,000 work in call centers or offices; and around 55,000 deal with customers face-to-face as field technicians or retail employees.

Of the 230 Charter employees that have tested positive for COVID-19, the New York Times reports that roughly half worked in offices or call centers. It also says that at least two field workers have died.

“We have dramatically reduced the number of employees going into the field or into the office while maintaining the efficacy of our business operations that is so critical to fighting this pandemic,” Cameron Blanchard, a Charter spokesperson told the New York Times. “We have also announced enhanced benefits to help alleviate employees’ concerns while still being able to meet the elevated needs of our customers and businesses across the country during the crisis.”

According to internal documents and other reports, when the coronavirus was first labeled a pandemic, Spectrum crafted a work-from-home policy, but still urged some that they needed to or were more effective in an office. As more national restrictions were put in place, reports show that Spectrum adapted its policy.

The New York attorney’s general office announced on April 20 that it has opened an inquiry into Charter “because of its handling of employees during the pandemic,” the New York Times said.