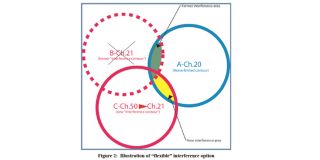 WASHINGTON: There are many known unknowns outlined in the proposal to auction more TV spectrum off for wireless services. The Federal Communications Commission released its full proposal this week after having approved it unanimously on Friday. The Notice of Proposed Rulemaking seeks comments on the auction structure, clearing the spectrum, repacking TV stations and the associated costs, among other items.

The auction itself will comprise a three-part procedure. Broadcasters will name their selling price in an initial reverse auction. The commission will repack the spectrum within required parameters. The cleared spectrum will be offered to wireless providers in a forward auction.

TV station licensees may participate in the reverse auction in one of four ways—by going off the air, moving from a UHF to a VHF assignment, sharing a channel, or voluntarily accepting additional interference. The commission is proposing either a single-round sealed bid procedure, or a timed, multiple-round, dynamic auction in which sellers indicate their “willingness to accept iteratively lower payments in exchange for relinquishing rights.” Those who opt out during the process would not be able to re-enter. It describes the second option as “preferable” because participants wouldn’t have to determine their final sell price up front. Only full-power and Class A licensees will be eligible to participate.

REPACKING
Once the reverse auction is complete, the commission will have to repack all remaining broadcasters in whatever TV channels are left over. The 2010 National Broadband Plan envisioned clearing a contiguous band between Chs. 31 and 51 (572-698 MHz), but because broadcasters are not compelled to part ways with spectrum, the post-auction configuration cannot be anticipated.

“We must solve a complex engineering problem by determining how stations that retain their current spectrum usage rights are assigned channels,” the NPRM states.

The Spectrum Act portion of the bill extending unemployment benefits, passed in February, provided the FCC with the authority to conduct a spectrum incentive auction under specific conditions. E.g., it dictates that commission can’t force a licensee to move from a UHF to a VHF assignment; VHF being notoriously poor for digital broadcast signal reception. It also directs the FCC to make “all reasonable effort” to preserve a TV station’s coverage area as it’s now calculated. The auction NPRM seeks comment on how to do so.

It also proposes scoring bids in the reverse auction by incorporating factors such as coverage area, and the impact on repacking. Bids from stations that would make the repacking more difficult because they would block more potential channel re-assignments, would receive a lower score, for example, “making them more likely to have their bids accepted, and, equivalently, less likely to be assigned a channel in their pre-auction band,” the NPRM states.

The scoring procedure might also consider the scarcity of VHF spectrum in a given market.

“It may be helpful to think of the repacking of stations with different service areas and bid values into the broadcast television spectrum as being analogous to the process of packing boxes into a trunk when these boxes have different sizes and values,” the NPRM states.

The integer algorithm would use computer optimization software to find the most efficient way to clear the relinquished TV spectrum while satisfying Congressional directives. The software would “minimize the sum of reverse auction bids accepted and the relocation costs of stations that are assigned to new channels,” the NPRM says, adding that “due to the complexity of the problem, an ‘ideal’ or provably optimal repacking solution using an integer programming model may not be feasible in a timely manner.” Rather, an “approximate” repacking solution may be applied.

The sequential algorithm approach would start with stations that don’t participate in the auction. They would be the first to receive a new channel assignment. For participating stations, “the determination would be based on the scored bids from highest to lowest, as long as the station can feasibly be assigned a channel,” the document says.

The commission seeks feedback on both options, as well as whether to anticipate the repacking will leave some areas with no broadcast TV service at all.

“Should we seek to address any such risk as an auction design matter or through other steps outside of the incentive auction?,” the NPRM asks.

FLEXIBLE INTERFERENCE OPTION
The commission proposes three options for fulfilling the Congressional directive of making “all reasonable effort” to preserve signal coverage. One is a flexible option by which Station A goes off the air, eliminating interference with Station B, which is then subjected to interference from another repacked station, Station C. The FCC proposes allowing an interference-area swap as long as the total population coverage area decreases by no more than 0.5 percent.

“We believe that interpreting the statute as referring to total, rather than specific, population served would satisfy the statutory mandate,” the NPRM says.

However, option No. 2 interprets the statute as preserving service for the same specific viewers for eligible stations. Under this approach, no channel reassignment could reduce another TV station’s population service area as of Feb. 22, 2012, by more than 0.5 percent.

The commission concedes that although the second option would be less disruptive to viewers, “it might increase the cost of clearing spectrum” by reducing repacking options.

The third method for preserving signal coverage involves establishing a separate interference standard for stations that did not interfere with one another as of Feb. 22, 2012, and leaving the rest in place. Under that scenario, the FCC proposes to raise the de minimis interference standard from 0.5 to 2 percent for the post-Feb. 22 interfering stations.

ALLOTMENT OPTIMIZATION MODEL
Just how the commission determined that it could reclaim 20 TV channels—40 percent of the broadcast spectrum—has been a point of contention since it proposed doing so in the 2010 National Broadband Plan. The commission said it used an Allotment Optimization Model, which was never revealed to the public despite repeated requests from members of Congress and others.

In this week’s NPRM, the commission said the AOM was an “alpha version based on several simplifying assumptions about broadcast interference; it did not incorporate the methodology… which the Spectrum Act requires be used in the repacking.” Consequently, the Notice says, that AOM may have “limited or no applicability in this proceeding.”

ANTICIPATED RECONFIGURATION
The commission is proposing to divide the reclaimed spectrum into 5 MHz blocks, in which the uplink band would start at Ch. 51 and extend downward to Ch. 37, with downlink from Ch. 36 downward toward the repacked TV band. A 6 MHz guard band would be left in between the newly designated wireless spectrum and the TV band for use by unlicensed devices.

The NPRM anticipates that unlicensed devices will be operable in the repacked TV band. It also proposes to set aside Ch. 37 for unlicensed devices, as well as opening the two channels now reserved for wireless microphones.

Radio Astronomy Services and wireless medical telemetry operations now occupy Ch. 37, which the commission is proposing to move. Clearing Chs. 37-51 also begs the question of what to do with fixed broadcast auxiliary stations, low-power auxiliary stations and unlicensed wireless microphones.

The NPRM does not address Private Land Mobile Radio Service and Commercial Mobile Radio Service licensees that operate on a co-primary basis with TV stations in 11 Metropolitan areas on Chs. 14-20—the T-band. They will be addressed in a forthcoming notice, the commission said.

It seeks feedback on “reasonable deadlines” for stations transitioning to new channel assignments or going dark, and on how to structure the reimbursement program—actual cost payments or advance payments based on estimates.

MINIMUM REVENUES
The NPRM acknowledges that the TV spectrum auction must raise enough money to cover not only the $1.75 billion Congress authorized for relocating TV stations and retuning cable headends, but for other operations as well. The Spectrum Act sets aside $2 billion for building out a first-responder wireless broadband network on TV spectrum known as the “D Block,” relinquished in the 2009 digital transition. Up to $300 million is designated for relocating Ch. 37 licensees. Congress anticipated raising $15 billion after the set-asides and calculated the sum into off-setting $30 billion spent for extending unemployment benefits.

If the auction fails to raise enough money to cover the set-asides, there will be no license reassignments and no repacking.

TO BROADCAST OR NOT
The NPRM encourages broadcaster participation and reiterates what the commission has long made clear—that it considers broadcasting a less than optimal use of the spectrum, particularly since a majority of households subscribe to pay TV service. The commission cites Nielsen numbers that put over-the-air reliance at 10 percent. Nielsen’s OTA numbers, however, don’t reflect cord-cutting. Even though pay TV platforms lost 1.5 million subscribers between 2010 and 2011, Nielsen does not show a correlative gain in OTA households.

The commission gives broadcasting credit for ratings—96 of the top 100 shows during the 2011-12 season were on broadcast networks. And it noted the technological advances made by stations since June 2009, when broadcasters made the switch to digital broadcasting and relinquished 108 MHz of spectrum for wireless services. Many continue to upgrade facilities with digital, file-based workflows, high-definition equipment and multiplatform distribution capabilities.

While the commission’s NPRM emphasized that 29 percent of the commercial TV stations in the country do not multicast, it also cited SNL Kagan numbers indicating that the number of multicast programming signals jumped by 81 percent last year to 4,552. It said that “only a fraction” offer mobile DTV channels—120, according to the Open Mobile Video Coalition.

The FCC’s 205-page NPRM includes many more details that likely will be analyzed by industry engineers and attorneys in the weeks ahead. The documents are posted on the FCC’s website. The docket No. is 12-268. John Eggerton of B&C provides more details about the auction procedure with “FCC Outlines Broadcast Incentive Auction Proposal.” Please contact TV Technology with your comments, analysis and observations regarding the NRPM.
~ Deborah D. McAdams