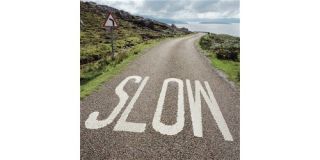 WASHINGTON: The broadcast lobby is asking regulators to hold off on redesignating the broadcast spectrum for broadband, at least until after incentive auction rules are established. Executives from the National Association of Broadcasters met with Federal Communications Commission officials earlier this month to request the delay.

“There is no full record of the impact of this allocation on existing services,” NAB attorney Scott Goodwin said in the ex parte statement describing the meeting. “Moreover, the commission’s objective to facilitate band clearing can be accomplished by deferring the co-primary decision until after the commission has set the structure and rules for the incentive auction.”

The NAB’s request refers to a pending rulemaking on opening the spectrum now dedicated exclusively to TV for fixed and land mobile wireless communications. The FCC is proposing to make the wireless designation co-primary with television, giving both types of operations equal access to the spectrum now occupied by TV channels.

“Giving co-primary priority to wireless services across the entire broadcast band is unprecedented on both a national and international level,” Goodwin wrote. “Moreover, insertion of new classes of operation such as fixed and mobile on a co-primary basis would not only stunt investment and innovation in the broadcast band, but could displace secondary broadcast services, such as low-power television and TV translators, currently operating in the band.”

The NAB team—Jane Mago, Chris Ornelas, Victor Tawil, Bruce Franca and Goodwin—suggested redesignating the TV spectrum volunteered for incentive auctions rather than all of it. They asked that further comment be accepted on the co-primary proposal.

“The commission should stipulate allocations and service rules based on the results of the incentive auction,” Goodwin wrote. “For example, if, through an incentive auction, the commission were able to clear 10 contiguous broadcast channels, we believe that any new allocations for fixed and mobile wireless services should be focused on those recovered channels, not the entire existing broadcast band.”

On the FCC side, the sit-down included Media Bureau chief William Lake, Wireless Bureau chief Rick Kaplan and Ruth Milkman, former heard of Wireless who is now special counsel to Chairman Julius Genachowski. Milkman was recently appointed to head up an FCC task force to manage the incentive auction process. The goal of the incentive auction is to persuade enough broadcasters to relinquish their licenses so the FCC can reclaim 120 MHz of TV spectrum for broadband. That would leave roughly 174 MHz left for the 9,000 TV licensees across the country. (Total includes 1,777 full-power broadcasters, 2,740 low power broadcasters, and some 4,500 translators.)

The co-primary NRPM also lays out a plan for two or more TV stations to share a single 6 MHz license—the current allocation for one full-power TV station license. This channel-sharing component is on the FCC’s open meeting agenda for April 27. A source familiar with the proceeding said that before the agenda came out, there was concern that a co-primary decision would be issued during the meeting. The item will instead be limited to channel sharing.
~Deborah D. McAdams

See...
December 1, 2010:“FCC Opens TV Spectrum for Broadband Use”
The commissioners unanimously approved an NPRM to add new allocations for fixed and land mobile services in the TV spectrum that would be co-primary with broadcasting. The additional designation would make television spectrum equally available at auction for broadcasting and wireless broadband.