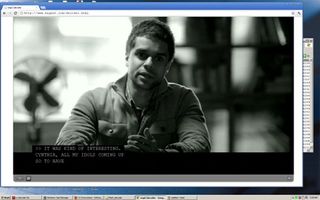 SEATTLE: The fuse on the FCC mandate for closed captioning of certain webcast video material is growing short, with Sept. 30, 2012 the deadline for the first phase of implementation.

Over the next several years, the mandate will broaden the list of video materials that must be captioned. The mandate is not intended to require captioning of the seemingly uncountable clips of video that have been uploaded to YouTube and its ilk; rather, the requirements cover video material, in its entirety or in segments, that has previously been delivered to viewers via broadcast, cable or satellite.

According to the mandate, by Sept. 30, all nonexempt full-length video programming delivered via IP must be closed captioning if the programming is published or shown on TV in the United States that is not edited for Internet distribution. By March 30, 2013, all live and near-live programming delivered via IP must be closed captioned. Non-captioned archival material already in the broadcaster’s library must be captioned within 45 days after the date it was broadcast on television with captions on after March 30, 2014 and before March 30, 2015. Additional programming broadcast afterward through 2016 is subject to staggered deadlines.

DEFINE ‘SUBSTANTIALLY EDITED’
When broadcasters and their cable and satellite channel brethren read these rules, issued in October 2010, there was confusion as to what “edited for Internet distribution,” which elsewhere in the ruling was defined as “substantially edited,” meant. Does removing commercials, they asked, constitute “substantially editing” the program?

The commission answered that question in a January 2012 Report and Order by noting that “‘substantial edits’ include the deletion of scenes or alterations to the televised version of musical scores, and that changes to the number or duration of advertisements would not constitute ‘substantial edits.’”

A simplified pictorial of the overall ecosystem of how captioning flows from authoring to end device. In general, the introduction of broadband content distribution (more of a “PC-type” distribution means) into the existing “Broadcast/Cable-type” distribution means created a potential “gap” and the investigation that resulted in SMPTE-TT and related translation RP(s). Diagram courtesy of SMPTE.

One other part of the Web streaming closed captioning mandate bears noting: “[The captions viewable on the media player on the Web must maintain] the quality of the captions provided by the video programming owner and transmitting captions in a format reasonably designed to reach the end user in that quality.” In other words, the captions can’t just be a throwaway effort.

If some broadcasters and content owners are behind the curve in their readiness for the initial end-of-September deadline, vendors of closed captioning and Web streaming hardware and software have not been asleep at the switch.

“We’ve seen a significant enhancement in the authoring tools which allow us to author simultaneously for Web format, and that is key,” said Larry Goldberg, director of Media Access at the National Center for Accessible Media at Boston PBS station WGBH-TV.

Giovanni Galvez, technical developer at captioning provider Computer Prompting and Captioning (CPC) in Rockville, Md., added: “What they want to avoid is to have to redo it again from scratch, not only because it is costly, but because it takes too long. They have to get these videos onto the Internet almost immediately after they are broadcast.”

TECHNOLOGY-AGNOSTIC
Captioning for Web streaming is not the same as the technology utilized for either analog video captions or yore (embedded in line 21 of the video’s vertical interval) or DTV captioning (caption material embedded in the digital signal’s stream).

The FCC mandate does not specify a particular technology for providing closed captions to the Web stream. “There was a tremendous amount of pressure on the commission from the people in the new media industry to standardize on SMPTE Timed Text,” said Philip McLaughlin president of EEG Technology in Farmingdale, N.Y., “while many on the broadcast side were uncomfortable with that, because that’s not what they use.”

Darren Forster, CTO of Softel Group in Norwalk, Conn., noted that while there was no hard and fast specification of the SMPTE TT file format for captions, “…the fact the FCC text of the legislation uses the phrase ‘Safe Harbor’ to describe the SMPTE TT file, when you pass on the video content, as long as you pass on a SMPTE TT file as well, you’re seen to have passed on a file that is compliant.”

The reason a broadcaster can pick and choose Webcast captioning technology rather than adhere to a mandated standard, is because the broadcaster—by providing a custom viewer on the page providing access to his Web streams—controls both ends of the process. In broadcast, satellite and cable TV, the broadcaster only provides the caption creation and encoding part of the equation, and the set maker or set-top-box provider handles decoding and display of the caption.

There is no standard block diagram of how a facility would handle the task of providing Web streaming captions, though Renaud Desportes, director of Product Line Management (Ancillary Data) at San Francisco- based Wohler Technologies, offers this suggestion:

“I would say the convergence point is at the master control room, and the technical equipment with which you encode the captions in the baseband signal. And then this baseband signal is transcoded into different formats required for transmission or contribution for [the Web stream].”

EEG’s McLaughlin noted one major change that a broadcaster may have to make to plug a hole in his present broadcast captioning block diagram.

“In many cases, particularly for programming that was aired live, or near to live, where it was real-time captioned, normally broadcasters do not have a record of those captions that were produced. [The captioning was] live, and basically never to be seen again.”