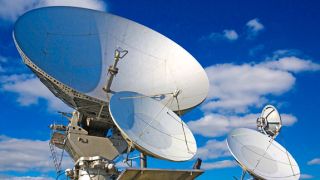 Ten years ago, all this made more sense. The balance of power, and the balance of content, was shifted firmly with the traditional TV broadcast stations. They were the ones producing the big shows, had the most viewers and certainly (maybe) had a right to the majority of the broadcast airwave spectrum. But times have changed, and the big question is: Are the networks ready to change? Can they loosen the grip they’ve enjoyed for so long?

Fast forward to present day. Broadcasters seem almost set in their ways on some levels. Staking out their spot they’ve enjoyed for so long, they also enjoy a large chunk of the available airwaves. They’ve worked hard to provide new programming, but there is a huge wind blowing that is coming in from cable television, Internet, satellite dishes and, most importantly, mobile video. With smartphones and tablets and so many devices elbowing in for space, broadcast is starting to sweat a bit. Can it hold on to this vast majority of the airwaves? And who decides who gives away what spectrum to whom?

There are no easy answers. Broadcasters do have licenses, and these are accessed and typically renewed by the FCC. It’s pretty hard to lose a broadcast license, and broadcasters are nothing if not more alert and work on having everything up to spec. The problem is mobile and other services are quickly outgrowing their smaller allocated spectrum. Mobile TV is on the rise, and traditional broadcast, well, may not be advancing quite as rapidly. Earlier this year, Congress introduced legislation directing the FCC to figure all this out. The FCC is now launching an auction, a spectrum auction, that will free up some of these broadcast airwaves and repurpose it for other things like mobile TV.

The FCC calls spectrum our “invisible infrastructure,” and it’s a very fitting term. While we watch cities become more dense and look up to more buildings wedged into less space, the spectrum of broadcast and mobile are going through the exact same scenario. There is only so much space, and it’s tricky to decide who gets what. The FCC’s solution is to produce an incentive auction where bidders can stake out their own slice of the spectrum pie. It’s not unlike the dotcom boom and grabbing domains, but many feel the stakes are much higher.

One additional problem is that this new wave of devices demands much more spectrum than previous generations. The FCC points out that today’s smartphones use 35 times more spectrum than traditional cell phones, and tablets use 121 times as much spectrum. And the demand, and technology, is only going to grow larger.

The auction is in the planning stages and is slated to being in 2014. This seems a ways off, but it will certainly be here before we know it. Until then, we could be seeing dramatic shifts in who owns the spectrum and certainly large shifts in how content is delivered to us all. The FCC sees this as a booming economic opportunity and hopes it will level the playing field and spur innovation. While, for example, the Internet started as a pretty level playing field where almost anyone had a chance at success, the broadcast spectrum is heavily skewed toward traditional TV. But in the coming years, that position could shift considerably. Take a look at the recent FCC press release on the auction; it’s a pretty interesting read for content producers wondering where television, both broadcast and mobile, is really headed.