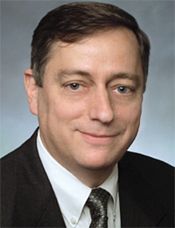 Mark Richer is President of the ATSC.

Master storyteller Lewis Carroll, whose writings chronicled "Alice's Adventures in Wonderland," once remarked that "if you don't know where you're going, any road will take you there."

So it is with broadcast TV technology. Yes, "content is king," but the opportunities to leverage use of that content are made possible by advances in technology. In short, we need a destination to reach and a roadmap or we are likely to get lost and at best arrive too late. Fortunately for the future of broadcast television, we do know the road ahead.

As the lead organization for developing new standards and recommended practices for TV broadcasting, the Advanced Television Systems Committee has a firm grasp of what's around the next curve in the road and is also looking ahead to the distant horizon.

Since the Digital TV standard was developed and adopted in the 1990s, ATSC has identified the requirements and led the development of standards and practices that are critical to the future of our industry. Most recently, we added mobile transmission and reception to DTV with the A/153 standard. A few years ago, ATSC decided to address the annoying problem of excessive changes in audio volume that led to the A/85 Recommended Practice to address this issue. Now Congress is requiring the use of A/85 by broadcasters and multichannel video providers for transmission of commercials.

Standardization remains critically important for broadcasting, since our industry is based on an open system with many professional equipment and consumer electronics manufacturers providing a variety of production, transmission, and receiving gear that must work seamlessly to present the viewer with compelling services.

ATSC's new logo, unveiled at its annual meeting last month. The road ahead for ATSC is two-fold. Throughout 2011, we're working to drive the ATSC Digital TV standard forward with a sweeping initiative known as "ATSC 2.0."

"ATSC 2.0" will include non-real-time file based content delivery, allowing for caching of programs and other data. It will also include Advanced Video Coding (to take advantage of the most recent advancements in compression), and Conditional Access capability to ATSC DTV (both to allow for subscription content in terrestrial broadcasts and to enhance audience measurement capability.) We believe the addition of 3D transmission in the standard is also a logical step and the marriage of Internet connectivity and broadcasting will help assure that broadcasters and receiver manufacturers have a rich toolbox of features to exploit in future programs and consumer products. This work on "ATSC 2.0" is moving quickly and is expected to culminate in the next year.

Beyond these enhancements, we're beginning to work on "ATSC 3.0"—the over-the-air transmission system needed a decade from now. While the specifics of ATSC 3.0 are still to be developed, it's obvious to me that our future standards should be even more flexible, scalable and adaptable for future innovation.

Just as NTSC served us well for over 50 years and "ATSC 1.0" DTV has been very successful and flexible over the past 15 years, "ATSC 2.0" will bring exciting new capabilities to broadcasters and consumers alike in the near-term. And, as we look to the horizon and the future, I am confident that ATSC 3.0 will usher in a new generation of services and devices for decades to come. Any organization involved in the industry is invited to join ATSC and help determine the road ahead.