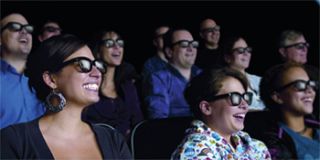 Tom Butts is the Editor in Chief of TV Technology.

Despite current skepticism about the market success of 3DTV, research is continuing to advance on the technology, and in particular, broadcasters' role in it. The ATSC recently released an interim report on its research and, while it's not particularly groundbreaking, it does help explain the concepts and potential pros and cons of deployment.

The report is broken down into two parts: the visual sciences and transmission of 3D. The technological hurdles of 3D are twofold as well: the challenge of transmitting what is essentially twice the amount of data without impacting the current transmission standard and infrastructure; and avoiding the negative health aspects that could occur when 3D content is erroneously presented on the screen, be it on the home HDTV set or a mobile device.

"Viewers tend to prefer 3D content over 2D," the report notes, "but only when the 3D content is comfortable to view and any visible artifacts that arise from anywhere along the delivery chain are not annoying in the 3D presentation." Individuals perceive 3D content in different ways, and understanding these differences, particularly in younger viewers, as well as the concepts of viewing distance, and the limitations of presenting 2D content in 3D are also covered. Quantifying 3D quality is also important. "There is a need to develop objective methods for measuring and monitoring image quality and depth quality of stereoscopic images," the report said.

The report also touches on the problems that could arise when viewing 3D content over time, adding that "further studies are required for examining the potential long-term effects of viewing stereoscopic 3D content."

There are unique challenges of transmitting 3D over the current MPEG-2 platform and the authors admit that further research will be required. "The impact on broadcast infrastructure when additional views or new channels of data are introduced is unknown," they wrote. The report also examines a number of scenarios for encoding 3D, from the simplest—dual codec within MPEG-2, to the more complex— encoding both left and right views in full resolution H.264/MPEG-4. Although the report notes that stereoscopic video could be encoded with existing profiles in the H.264 family of specs, "new coding schemes are also being studied and considered for standardization within the MPEG committee." The bandwidth savings from extracting a 2D program from 3D content are also studied in the report as well.

The obstacles to implementing MPEG-4 within the ATSC transport stream are well known and obvious. Replacing the millions of MPEG-2-based receivers and TV sets now deployed with new decoders for MPEG-4 would take time, money and regulatory action from the FCC. The likelihood of this happening anytime soon is close to nil. As we note in our cover story, the FCC's National Broadband Proposal has prompted a flurry of proposals from broadcasters on how to improve the efficiency and flexibility of the 19.39 Mbps signal. 3D is but one of several technologies that could take advantage of a more robust transmission scheme. The ATSC's report is a good start in examining ways to improve that capability.

The ATSC is requesting responses to its report, which can be downloaded from the association's website. Responses are due April 20.