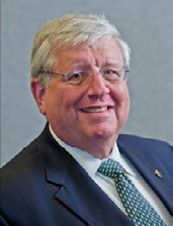 Despite its dubious methodology and predictably self-serving results, the June 2012 “Dyle Mobile TV Data Report” does confirm the growing demand for mobile video content. Its arrival at the same time as four other equally self-serving research reports underscores the audience appetite and industry opportunities for mobile and online video advertising and production— but it far from guarantees a role for traditional broadcasters in this emerging category.

Conveniently, the Dyle study surfaced just weeks before the group closed its first deal with a mobile phone carrier to market a Samsung handset that can pick up Dyle TV signals. MetroPCS, the country’s fifth largest wireless company with about 9.5 million customers, will offer the Samsung Galaxy S Lightray 4G handset and Dyle service.

MetroPCS has not yet disclosed if Dyleready phones will be sold in all of its primary markets, which coincide with cities where broadcasters backing Dyle are located, including Atlanta, Dallas/Fort Worth, Detroit, Los Angeles, San Francisco and selected East Coast markets from Boston to Baltimore.

The “Dyle Mobile TV Report”—sponsored by the Mobile Content Venture, a coalition of broadcast groups—found that 68 percent of viewers would watch more TV if they were able to watch it live on mobile devices. The study also identifies news, weather and sports (mainstays of local broadcasters) as well as movies, sitcoms, dramas and children’s cartoons as the favorite program categories if viewers had access to “live mobile TV service.”

Almost simultaneously with the Dyle report, several other benchmarks emerged, demonstrating the ascent of “new video” viewing, although not by any means suggesting a significant role for traditional broadcasters.

More significantly, the other studies offer a context about the shifting interests of viewers and their growing engagement with nonbroadcast platforms.

While the ads were not necessarily seen on tablets or smartphones, it is obvious that the increasing reliance on those devices means that viewers are watching video commercials on the same devices that Dyle’s surveyors expect to reach.

The comScore report also found that each of the top five video ad sites, including YouTube, Hulu, BrightRoll, Adap.tv and TubeMogul, also had a record-breaking June, with each delivering more than one billion video ads.

Separately, yet another evaluation of global video trends recommended that media companies should diversify their marketing plans to reach the increasingly connected multiscreen audience.

The VideoPlaza report, “A Future for TV: IP-Delivered Advertising in a Connected World” notes that big brand advertisers have not yet found a way to create brand awareness via Internet TV; but it expects marketers to develop a way to tap into IPdelivered video by the decade’s end.

“The rush to deliver content to the growing range of connected devices presents a business and technology challenge to traditional TV platforms, caught between old business models and the need to innovate,” according to remarks by Videoplaza CEO Sorosh Tavakoli. “This research highlights that, as media companies move to address the connected audience, they must complement their content with a clear IP monetization strategy.”

PEW SAYS...
As if backing up the VideoPlaza study, yet another July report—this one from the Pew Research Center’s Internet & American Life Project—confirmed that half of all adult mobile phone owners now incorporate their mobile devices into their television watching experiences.

Pew’s research found that 38 percent of mobile device owners used their phone to “keep themselves occupied during commercials or breaks in something they were watching on conventional TV sets; 23 percent used their phones to exchange text messages with someone else who was watching the same program in a different location; and 22 percent used their phone to check whether something they heard on television was true or not. About one out of every five viewers visited a website that was mentioned on a TV show.

Although the results of each study offer a different perspective on viewers’ expectations and media/marketing companies’ plans, taken together the studies provide a larger context for Dyle’s promising, but narrow, findings.

The Dyle report, conducted by Research Now, a company owned by the Dallas-based loyalty marketing firm e-Rewards, concluded that “live TV matters” and that “smartphones and tablets are key devices.” Both conclusions are reasonable and obvious, although the online survey of 510 Americans (aged 18–54) left it up to the respondent to determine what “mobile video” meant.

From Pew, comScore and other research data, it is obvious viewers are in the process of developing their own concepts about “mobile video”—including video from ESPN, CNN, Weather.com and from the online sites of broadcast networks and local TV stations.

The Dyle survey questionnaire offered a broadcast-skewed description of mobile TV. Here’s the query as supplied by Research Now: “You will be able to watch broadcasters such as NBC and Fox exactly as you do at home—live and as presented by your local TV station. Watch the ‘The Today Show’ as you wait in line at the coffee shop. Catch the local News, Weather, or Traffic right before you head home from work. Or avoid missing a single moment of the football game or ‘Glee’ when you are the only one at home that wants to watch it.”

Given such a broad “what-if” query, respondents were likely to respond positively, based on shows with which they are now familiar, such as the online video offerings they can see on tablets and smartphones.

Although Dyle’s excited spin on the findings may have some credence, it is more likely that viewers will find their way to whatever platform offers the content they want.

And that perception comes through in a British study that coincided with the Dyle and other reports. “Screen Life: The View from the Sofa” emphasizes the value of handset viewing in the larger context of the multiscreen environment.

The ThinkBox study, conducted by COG Research, was designed to help marketers understand the context of multiscreen viewing. In a complex psycho-physiological analysis to examine actual program and ad break engagement, the study identified that 81 percent of “multiscreening” viewers stayed in the room and did not change the channel during the ad break, compared to 72 percent of TV-only viewers. Think- Box identified a number comparable to Pew’s—22 percent in this case—of viewers who texted about the show while watching.

Although mobile TV—as envisioned by the Mobile Content Venture, which sponsored the Dyle Report, and by the Mobile 500 Alliance—may play a role in the coming TV ubiquity agenda, the reality still is a work in progress.

The Mobile Marketing Association is in the very early stages of developing ad standards to be used across all mobile platforms, including broadcast mobile TV. Until those standards are set, advertisers may continue to eschew the broadcast platforms, favoring the more established online video options.

The MetroPCS/Samsung deal may supply real-world experience—not just “what if” survey results—about consumer preferences for broadcast TV content on their handsets. OMVC’s Schelle says we can “start to see” devices by October and points out that tablet makers are “starting to look at ATSC chips;” she expects an expansion of handset options in 2013.

Dyle—or the other studies—do not indicate whether or not that is soon enough.