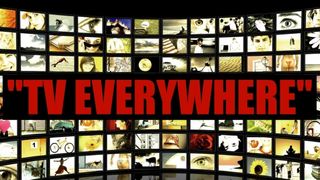 Like the much-overused (and widely misunderstood) phrase “interactive television” before it, the “TV Everywhere” concept now being offered by virtually every major multichannel operator in the country means different things to different people. To some, it means a subscriber can begin watching a video program in their living room TV, pause it, then watch it on their electronic tablet and pick it up exactly where they left off. To others, it means accessing a networked DVR from anywhere in (or outside) the home. Still others think it means simply watching video on your cell phone (away from home).

The concept is really a business model in search of an audience.

For companies like Emeryville, CA-based MobiTV, which provide the technology that processes content to make all of these scenarios possible, the confusion has held back ubiquitous adoption of the strategy. The company, which started delivering live content over 2G networks in 2003, currently offers specialized software on HP client computers as well as fully managed services that often include third-party technology as well.

MobiTV representatives said they could have an IP-based live and on-demand service up and running in a matter of months, from beginning negotiations to system deployment. All content coming into MobiTV’s data center in Sacramento, CA, is simultaneously encoded into 16 to 24 different formats to accommodate the various display screens in the market today.

“TV Everywhere is not working the same way everywhere you go,” said Charlie Nooney, CEO of MobiTV. “We think ‘TV Everywhere should actually mean TV everywhere.' When we talk about the connected experience, we’re taking about video consumption inside and outside the home.

“We’re talking about being able to deliver content to multiple devices, simultaneously,” he said. “We’re also talking about delivering live and VOD content with the same seamlessness. But it has to be a holistic experience. What you’re seeing is a wide variety of business modes and technology deployments. It could mean controlling your TV at home through your cell phone at work. That’s cool, but by itself it’s not going to get consumers excited.”

Nooney said the industry is currently going through a technical and business model evolution, and it’s still a bit early in that evolution.

“Content deals are still being made and more have to be made,” he said. “As those deals are finalized, you’ll see new technology deployments that fit customized applications. And they will be different from market to market, but that will be a good thing.”

Securing content from piracy is a major issue when it comes to video consumption “everywhere.” That’s where companies like Adobe Systems, with its Adobe Pass authentication software — part of Adobe’s Project Primetime platform — come in. The new software was used to authenticate the live streaming of NBC’s Olympics coverage and, according to the company, Adobe Pass is now supporting over 40 sites and mobile apps from 25 top programmers. It’s also integrated with more than 150 cable and satellite operators, enabling TV content across devices from Fox, ESPN, CNN, TNT, MTV, Disney and NBC Olympics.

“As multiplatform video consumption continues to grow rapidly, content providers have to be able to reach audiences and deliver seamless authentication experiences to ensure TV-level scale across all major platforms and device types,” said Pritham Shetty, vice president, Product Management and Engineering, Video Solutions, at Adobe. “ By working closely with our broadcast partners and introducing new innovations in Adobe Pass, Adobe is removing major adoption barriers and making the use of TV Everywhere incredibly easy for consumers.”

For its part, MobiTV is focused on delivering live TV, which can be problematic to protect against piracy, and content rights management. This later element is perhaps the most important part for content owners and delivery platforms.

Kay Johansson, MobiTV’s CTO, said the difference between live broadcasts and video on demand is that VOD can be served from a variety of sources and edge servers. When it comes to live content, there is only one point of origination.

“So, building a system that operates with minimal delays and has the highest distribution over the network is very complex,” Johansson said. “What I think many people have missed is that they don’t understand the complexity to make it work seamlessly for the end user. There is still a satellite downlink, and from that point everything has to originate out. For live broadcast served over multiple devices, you have to look at how you maximize bandwidth and peering agreements between different networks. If you want to do VOD, you try to figure out ways to cache it and store it at the edge.”

Some vendors have marketed their products as easy additions to existing content delivery platforms, but MobiTV’s head Nooney said it’s not easy at all.

“At the end of the day, there are a lot of assumptions about what TV Everywhere is, but again, if I can’t get all of my content, including my live content, across all of my screens, and optimized for all of my devices, I’m not sure I’d call it TV Everywhere.”

Many would agree that the TV Everywhere strategy is a real challenge to implement. The wide variety of content distributors seem to be coming at it different angles.

"Our ‘outside the home, in’ strategy that has resonated with many video service providers,” Nooney said. “This has allowed us to look at this a bit differently than if we would if we were a set top box manufacturer. We have to deal with changing environments, in terms of data speeds and available bandwidth, and do it very quickly.”

So, Nooney said the term “TV Everywhere” is not confusing, it’s the execution of it is what has many people scratching their heads.

“What you are going to see over the next 24 to 36 months is a kind of settling in, where TV Everywhere will actually be TV everywhere,” he said. “We believe very strongly that the industry as a whole will get there. These things take time to shake out in the marketplace.”

At the end of the day, it’s about the consumer and what they perceive the TV Everywhere experience should be. The challenge for multichannel operators is to provide this as part of a seamless experience in the most cost-effective way. For some this might mean deploying such services in stages, to get feedback and see what sticks with subscribers.

For local terrestrial TV stations that want to deploy such a ubiquitous on-demand strategy across any platform using OTA transmitters, they have to hope that Mobile DTV receiver chips begin to show up in their respective markets in larger numbers soon.