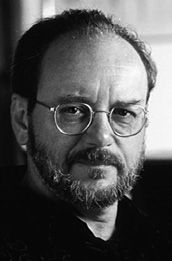 I promised to devote this column to a consideration of how audio metering varies in level as a function of various weighting schemes and the B.S. 1770 algorithm. However, over the past month, I’ve gotten several letters about CALM and B.S. 1770-1 that merit some serious consideration here, so I’m going to devote this column to the issues they raise. Perhaps we’ll address audio metering next month. We’ll see.

GARY STEWART WANTS TO KNOW
Gary Stewart writes: “I’m a TV engineer from the old school, so of course I never read articles about audio. The CALM Act changes that, of course, but that doesn’t mean I have to love audio. I just want to know how we can get the production audio guys to give us compliant levels, because they couldn’t care less. So let’s get real practical in your next article.

“What type of meters (have to be affordable, too) should we put in the audio room or even the editing suites and how should they be used so we will get compliant audio levels in master control? I’ve heard that the meter should be a VU +True Peak reading meter, but no one has told me how it should be used.

Right now our audio guys have legacy analog VU meters with peak hold (VU peak not True Peak) and only 3 dB of head room above the zero level. We convert their analog output to digital as soon as it leaves the room.

“If I had to guess, I would say during ‘normal dialog’ the VU portion of the meter readings should be right up near reference level (–20 dBFS) with the true peaks going where they may as long as they don’t get too close to real clip. Everything else in the show, except spots and commercials, can go wherever the audio artist wants it, but no clipping of course. Would VU + True Peak meters used this way produce –24 LKFS during normal dialog on a loudness meter in master control?”

THE INSIDE SCOOP
To get a really good (and practical) response, I went to one of my primary industry and standards sources (who wishes to remain anonymous, for various reasons) Here is his highly informed response to Gary’s letter:

“Gary, for not being an audio guy, it sure sounds like you are on the right path. With ATSC DTV, we are living in a world of LKFS loudness values and True Peak protection metering to avoid clipping. Though LKFS units, using the ITU-R BS 1770 algorithm, are the same size as a dB, they are acquired using filtering that models the human hearing system. VU and regular peak metering are not effective for the wide dynamic range that DTV offers [emphasis added–DM].

DaySequerra iLM8 “This expanded range (over 100 dB) must be managed correctly to avoid wide swings in loudness variation. LKFS and true peak readings are now the necessary tools you need. Your operators just need to agree on a target value (such as ATSC’s recommendation of –24LKFS) and make sure the average loudness of the audio they create matches it.

“As far as metering choices go, there are many options from key suppliers you are most likely already familiar with. They can read their LKFS values numerically and some graph the results as well. Some are one-rack unit hardware devices (Dolby LM100, DaySequerra iLM8 and AERO QC from Linear Acoustic, too); some superimpose readings over picture like the Miranda Kaleido Solo. For Pro Tools and other editors, some are software-based like the Dolby Media Meter 2 and one from Nugen Audio. Tektronix, Harris, Wohler, RTW, DK and Minnetonka Audio Software are making interesting products as well. These are just a handful of the many hardware or software-based choices.

“The key here is to establish an average target loudness for all audio content that matches the station’s transmitted Dialnorm value [emphasis added–DM]. This practice establishes ‘the golden rule’ that is referenced in the FCC CALM Act Report and Order, and is explained in detail in “ATSC Recommended Practice A/85, Techniques for Establishing and Maintaining Audio Loudness for Digital Television.” This paper was written by a group of extremely knowledgeable pros with real-world experience who documented the processes needed to get the audio right; so much so that Congress and the FCC have identified their work as the necessary methods to comply with the new law. You can download the paper for free at www.atsc.org. It’s a good read and I highly encourage you to check the full text out or, if you’re pinched for time, either of the two three-page Quick Start annexes that focus on operators and content creators.”

So, from my audio engineer’s perspective, the three key points here are: (a) that the VU meter is no longer an appropriate measurement instrument; (b) that operators need to establish and mix to an average target loudness (in units of LKFS, using the BS 1770-1 algorithm) that matches the Dialnorm metadata value that is transmitted; and (c) that ATSC A/85 provides all the information you need to do all of this!

AND STEVE KOHN SAYS
I also received a letter from Steve Kohn, an assistant chief engineer in Montgomery, Ala. He writes, in part: “...Some other considerations of interest: There’s no guarantee satellite delivery is meeting ‘broadcast loudness’ standards. (Of course, they may be doing an even better job of management than we often-lazy broadcasters.) DirecTV is receiving your local over-the-air channels with some sort of receiver, which may or may not use broadcast audio metadata to manipulate loudness and dynamic range before the signal passes into their satellite delivery system.

“Your home receiver may also be manipulating loudness and dynamic range before the signal gets to your measurement point.

“Your home receiver may be creating a stereo downmix, which could have its own strange consequences for loudness.”

Steve goes on to say, “B.S. 1770-1 is an attempt to make an objective measurement standard, the sole purpose of which is to mimic the self-reported subjective perception of loudness by average listeners. Since you, yourself, are in fact ‘golden eared,’ you, sir, are the best loudness and comparison meter we have! B.S. 1770 is only a shadow of Dave Moulton when it comes to loudness comparisons.”

Naturally, I love this last part! However, I’m actually only a legend in my own mind, in addition to the fact that I play one on TV (Technology, that is)! My advice to all of you is to stick with B.S. 1770-1.

WHAT I THINK IT ALL MEANS
I think we’re making real progress here. I can actually measure said progress, objectively, from the Couch Potato Perspective. At the same time folks like Gary Stewart are taking the necessary steps to come to terms with the production reality, and guys like Steve Kohn are beginning to understand the complexities inherent to the problem.

Me? I’m still frustrated that us end users can neither read the metadata, nor measure the received levels and determine what processing has been done in the receiver or STB, or how accurate the transmission really is. Until that happens, audio truth will remain elusive.

Nonetheless, it is getting better, actually much better. Thanks for listening.

Dave Moulton wants to thank Gary Stewart and Steve Kohn for taking the time to think about these things and actually write to him. And thanks also to our most helpful Insider X! Keep in mind, you can still complain to Dave about almost anything at his websitewww.moultonlabs.com