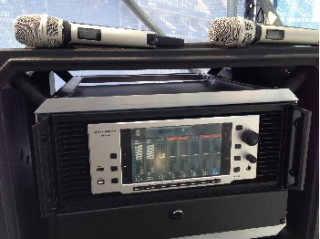 The new Sennheiser Digital 9000 system, which features uncompressed audio, artifact-free wireless performance and superb dynamics in a package that is easy to set up and operate, was used during Arthur Ashe Kids' Day, which occurred on Saturday afternoon and was broadcast to millions of Americans by CBS Sports.