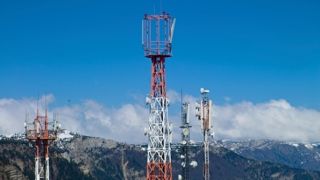 This week’s public notice from the FCCOffice of Engineering and Technology (OET) proposing material changes to OET Bulletin No. 69, which is used to evaluate DTV coverage and interference, will introduce uncertainty into the incentive auction process and undermine its ultimate success, NAB told the FCC today.

In a letter from NAB executive VP of Strategic Planning, Rick Kaplan, to the commission, NAB recounted points made during a meeting Feb. 7 between Kaplan and others from the association with FCC employees, including Renee Gregory from the Office of the Chairman; Julie Knapp, Robert Weller and Jamison Prime of OET; and others. During the meeting, NAB expressed “serious reservations” with the public notice that recommended the changes.

“By making substantive alterations to OET-69 at this stage of the process," NAB explained, "the commission was inviting unnecessary delay into the process and would cause widespread uncertainty for broadcasters who may be deciding whether to participate in the auction and how to go about protecting their viewers in the event they do not,” the letter said.

According to the letter, NAB raised three issues during the meeting and urged the agency to set aside its plan to rework OET-69 at this time. First, NAB pointed out that changing the methodology used in OET-69 appears “to violate Congress’ clear direction in the Spectrum Act,” which authorized the incentive auctions.

The letter recounted the language of the act, which says the FCC “shall make all reasonable efforts to preserve, as of the date of the enactment of this Act, the coverage area and population served of each broadcast television licensee, as determined using the methodology described in OET Bulletin 69 of the Office of Engineering and Technology of the commission.”

According to the letter, Congress directed the agency to rely on the methodology in OET Bulletin 69 because it would create certainty for broadcasters about what areas they cover before deciding if they will participate in the auction, as well as what they have the right to preserve if they choose not to participate.

The letter pointed out that revisiting how “flagged” cells in the Longley-Rice methodology are addressed could impact coverage area and population serviced for 25 percent to 30 percent of stations.

Finally, the letter said NAB was concerned that making the changes will create little benefit for the auction. Although it might be beneficial to review OET-69 in the future, doing so now “creates substantial uncertainty for broadcasters and the wireless industry.”

“NAB believes strongly, however, that such a review must take place apart from the incentive auction process and as part of a notice-and-comment rulemaking,” the letter said.