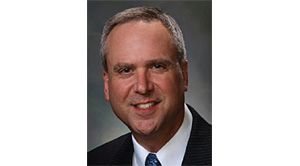 Advertising is the lifeblood of commercial television—without it, the medium wouldn’t exist. Think about your favorite programs through the years—“Seinfeld,” “I Love Lucy,” “Miami Vice”—none of them would have existed without the money generated by commercial sponsorship.

And yet, as long as there have been commercials on television, people have tried to invent ways to avoid having to watch them. The remote control was probably among the first devices to lead the assault on television ads, giving viewers the ability to easily switch channels from the comfort of their couch. Then along came the VCR, which made it even easier to avoid the commercial scourge (although these concerns were overshadowed by even bigger issues such as copyright). Commercial skipping became more sophisticated with the introduction of DVRs in the late 90’s, with software advanced enough to eliminate commercials altogether from recorded programs.

By now, you’ve probably heard of EchoStar’s new Hopper DVR, which could mark a new chapter in the war against TV commercials. Simply put, Hopper includes an “Auto Hop” feature that edits out commercial breaks for those subscribing to DISH’s Primetime Anywhere service that provides on-demand programming from the four major broadcast networks (curiously, this feature is not mentioned on its Website promoting the box). The service doesn’t work on live television (yet).

“Viewers love to skip commercials,” said Vivek Khemka, vice president of DISH Product Management in announcing product rollout earlier this month. “With the Auto Hop capability of the Hopper, watching your favorite shows commercial-free is easier than ever before.”

Broadcasters are predictably up in arms over the new service. “It’s clear that in the fight for TV revenue, the gloves have finally come off,” James L. McQuivey, a vice president and analyst for Forrester Research told the New York Times. “The fact that Dish would be willing to anger some of its most important content partners just goes to show how desperate these times we live in really are.”

Last year, EchoStar spent about $350 million on advertising, mostly on television ads, according to ad-tracking firm Kantar Media. DISH Chief Executive Joe Clayton recently told the Wall Street Journal that the company plans to spend “two to three times” as much advertising dollars as it has in the past to promote the new Hopper DVR. Of course, one of the most effective ways to promote this service is—yup—via a primetime TV commercial. Fox and NBC have already stated that they will refuse to air ads for the service; don’t be surprised if the other two follow suit. Broadcasters have several other aces up their collective sleeves to fight this new service, including playing hardball when negotiations for carriage fees come up for renewal.

Hopper is just the latest in the battle over TV commercials and it won’t be the last. Every now and then, a technology will come along that threatens the current business model and the media strikes back through a combination of financial—and sometimes technical— resources. Predictions that Hopper will “change the commercial TV landscape” are a bit premature.