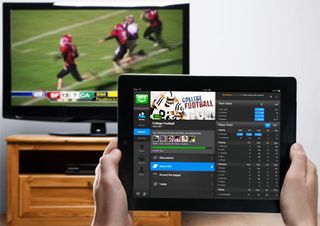 Since television viewing on mobile tablets caught on with viewers, broadcasters and advertisers have been trying to figure how to best measure the simultaneous usage of home TV sets and portable tablets.

Nielsen has found that at least once a day, about 40 percent of Americans use their tablets or smart phones while watching TV. Many viewers are looking up information related to what they’re watching on TV. In fact, Nielsen found that 36 percent of people ages 35 to 54 and 44 percent of people ages 55 to 64 use their tablets to “dive deeper” into the show they’re watching. Others check e-mail, surf the web or do other activities during commercial breaks.

A measurement solution that could tie the devices together for precise cross-evaluation of data called advanced recognition technology is being pursued by companies like Enswers in South Korea and Gracenote of Emeryville, CA.

Enswers and Gracenote, both players with the emerging technology, offer interesting ideas for connecting content across screens. Enswers has an audio and visual recognition tool that can identify what’s being watched. The company recently signed with Samsung for use with its smart TVs, Media Post’s VidBlog reported.

Another deal worth watching is between Gracennote and Watchwith of San Francisco. Media Post reported that the alliance brings Gracenote’s content recognition technology into Watchwith’s content syndication platform. The partnership also has the potential to elevate the syncing of content and ads between mobile devices and TVs.

As these platforms continue to converge, this will no doubt become a hot area. Expect many other companies to enter the fray in order to leverage consumer usage for financial gain.