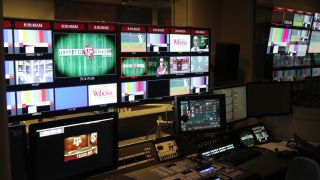 In many areas of professional and broadcast AV, we speak of things such as protocols and standards as if they are used in isolation. They are, of course, not used that way at all. Every protocol requires an implementation and some means for the end-user to operate and use it. Every standard requires multiple devices interact in an agreed fashion for the standard to have any meaning.

Wi-Fi is a good example of a set of protocols and standards that are in wide use with many different manufacturers. If protocols and standards were all that mattered, then all Wi-Fi access points and end-points would be equal in value and performance—but that is not the case. The market supports products that range from very inexpensive to very costly. Solutions are designed with different users and price points in mind. The expectations and use cases for an enterprise-level Wi-Fi router are not the same as the $29 version one may purchase online, and yet they are each based upon the same protocols and standards.

Likewise, an AV-over-IP (AVoP) system is not merely a collection of equivalent methods, but a toolset that makes it easier or harder for users at different levels to achieve their goals. What really matters is how that toolset works for the real-world requirements of studios and installations.

AVoP is the use of computer-style networking to connect and transmit media between audio and video devices. In AVoP, all media traffic is simply another form of data, and the same network equipment that is used to form business computer networks is used here.

In broadcast, AVoP eliminates all point-to-point connections between devices and allows any device on the network to communicate with any other device. This allows nearly infinite configurations to be chosen using only software, with no change to physical cabling at all. Costs of installation and maintenance are greatly reduced and signal quality exceeds all analog competitors. By keeping all traffic in the digital domain, noise and signal degradation of legacy systems is eliminated.

Broadcast, along with most other areas of professional AV, is migrating to AVoP to take advantage of greater flexibility, ease expansion and higher quality of signal.

Most of the talk around standards today concerns only the transport layer of AVoP solutions. This is where we see the use of fundamental technologies such as the IEEE 1588 Precision Time Protocol (PTP) standard, which provides a reliable means to synchronize devices on a LAN. These come with some variations around Quality of Service (QoS) implementations, such as specialized switches for AVB systems. We also see distinctions around the way in which audio packets are sent, commonly RTP (Real-time Transport Protocol) and how they are defined for the network (TCP or UDP).

While there are many variations of standards in use, there is good news: they all work splendidly. One doesn’t hear anecdotes about audible differences in transport technologies because there aren’t any. The differences only manifest in externalities, such as special switch requirements for AVB.

While there may be differences under theoretical high-stress conditions, there is no evidence these conditions ever occur in real installations with real equipment, and good system design can ensure that such conditions never appear.

The most important area of any AVoP solution is the control layer—the face of the solution for users, managers and operators. How does one tell the system what to do? How does one know that it is configured correctly? How are new devices brought onboard and how are older devices taken off the network? How are roles assigned and clocking set up? And critically: how are signal paths defined?

Unlike the transport layer, there are virtually no standards in use for control of network devices, and so all control schemes are proprietary. This is no barrier to interoperability—which is mainly concerned with transport layer functionality—but it does mean decisions around the control layer are critical when broadcasters are planning AVoP deployment.

It is no surprise that this is an area where the differences between solutions are stark.

Depending upon the goals of the solution provider, control may be restricted to only products from a given vendor. This is a common approach that can work very well in homogeneous environments, but is considerably less friendly when accommodating third-party devices and control schemes. A broadcaster or other user may have to resort to using a low-level interoperability standard to make connections, forgoing more advanced features in order to achieve this integration.

Other control layer schemes are more flexible. When an AVoP solution vendor distributes their product among multiple manufacturers, you see a single, complete control layer toolset developed to work with all products from all manufacturers. This approach provides cross-brand consistency for signal transport, while allowing manufacturers to differentiate product in other areas. If deployment plans for your studio or broadcast facility include products from multiple makers, it is wise to consider using a cross-vendor AVoP solution in order to have a consistent toolset for control and, we shall see, security.

In 2020, few people need to be told that secure computing environments are essential to maintaining system integrity. With audio and video now migrating to computer networks, the same ideas and metrics now apply to modern AV in studios, corporate installations and broadcast facilities alike.

Prior to networking, security in AV largely meant placing a sign on a device that says, “Do not touch, or else.” But in today’s environment, the question must be asked: what does a security layer for AVoP look like?

In “regular” computer networks, security is usually handled by a central server that can control access to any part of the network. In AVoP, such a server is referred to as a “domain manager.”

The first element of security is user authentication. A domain manager enforces such a rule, ensuring no control can be taken at all without user login. Once logged in, users have whatever permissions are granted to them specifically by the administrator of the domain manager.

Another key element is segregation of devices into useful domains. These are akin to zones in legacy AV, and correlate to different physical areas in which AV devices are grouped. For example, a domain for a small interview studio might contain only the mixer, microphones and monitor speakers that are in that room. Users may then be assigned to that domain and be given permission to work with those devices without the risk that they can alter anything else on the network. Domains provide useful organization for more efficient workflows, as well,

A domain manager enforces rules and records actions taken, allowing for audits and reviews of user actions and device behaviors. This is useful when tracking problem sources and educating users on the proper use of the system.

Finally, a domain manager “sees” the entire audio network at once and can instantly report on any deviations from expected behavior. Alerts can be triggered for missing devices, clock issues and changes to channel routing as desired, delivered via dashboard, email or SNMP.

CONCLUSION: THE FUTURE OF THE MANAGED STACK AND MANAGED WORKFLOW

Combining these core elements—transport, control and security—into a stack that considers not just the underlying protocol, but also the administrative layers necessary to create a solution, is the future of managed AVoP infrastructure. This is particularly true for broadcasters.

The ability for broadcast organizations to gain observability and administration over the content on their networks—the AV feeds critical to their product—means an increased ability to manage quality. It not only ensures the production of such feeds is effectively and efficiently managed, but it also protects against outside actors. And, more than likely, it guards against innocent mistakes that are not uncommon in production workflows.

The result is a more effective, efficient and reliable workflow. A production that allows for peace of mind while also improving quality and swiftness in content creation. And that is a solution that not only improves AVoP, but also protects and strengthens a brand.