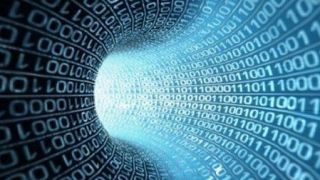 The world is getting an unwelcome stress test of its video-delivery infrastructure. Hopefully, electronic-communications policymakers are taking careful notes as the world struggles to stop the virus spread and keep communications channels open for critical information and much-needed home education and entertainment.

When the crisis clears, we should be a lot smarter about how our video distribution system performs under a prolonged crisis and whether policy or industry adjustments are warranted.

Over the last 20 years, large amounts of spectrum use has been transferred to wireless services. This has helped accommodate the spike in unidirectional data traffic as video has become a champion bandwidth power-eater. Here’s what we’ve learned so far about wired and wireless internet status during the COVID-19 crisis:

Prioritizing video internet use during this emergency may force lower-priority applications (entertainment, for example) to pull back. What we knew before the crisis is that solely depending on unicast distribution (whether wired or wireless) is inefficient. We also knew that broadcast distribution is inherently more efficient, but many terrestrial broadcasters are operating with older systems that need updating to make the most efficient use of assigned spectrum. Fortunately, new digital TV systems such as ATSC 3.0 and DVB-T2 with HEVC video coding are now delivering more spectrally-efficient digital terrestrial TV (DTT) systems. Because TV broadcasters recognize that they must be hybrid service providers, the two systems combine (to different degrees) internet components with broadcast transmissions.

All of this is highlighted even more when you consider that official recommendations for avoiding internet congestion from the EBU to public service media organizations included “encouraging audiences to consume their offerings over broadcast rather than broadband, and on fixed broadband rather than mobile, where possible.”

This moment like no other moment should force the question: Is it reasonable—or wise—to expect all video content to be unicasted? To some, efficient use of resources might be considered a noble gesture, but not imperative. That sentiment seems foolish if our data delivery systems are overwhelmed and a worldwide economic recession (or worse) puts capital expenditures for laying fiber, installing scores of microcells and placing thousands of low-earth orbit internet satellites on the “to do much later” list.

Of course, TV broadcasters will take an economic hit just like every other business, but the capital outlay for upgrading DTT systems will be significantly less than for the aforementioned communications-infrastructure projects. That’s no guarantee that the DTT system upgrades will occur, but if they do, video distribution will be done more efficiently. Consider how a hybrid broadcast linear and internet delivery system could enhance remote-learning partnerships launched between U.S. public TV broadcasters and local education systems during the COVID-19 crisis.

Apart from the need for efficiency, this moment like no other crystalizes the importance of local news, information and service. Consider the patchwork of orders/decrees/guidance from individual cities, counties, parishes and states in the U.S. Reliable reporting from trusted local news outlets with direct access to local officials is more critical than ever.

However our video communications infrastructure holds up at this time, there will come a day when governments, policymakers, industry leaders, educators and healthcare providers will issue report cards on how well these distribution networks served us. Any post-crisis prescriptive measures might want to start with more efficient use of our distribution resources.

Myra Moore is the founder of DTC Consulting. This post originally appeared on the DTC blog.