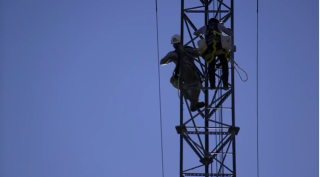 When it comes to the repack, there’s a difference between “meeting the deadline” and “being  nished,” (p.s.: this also applies to journalism as well).

For the FCC’s purpose, however, broadcasters did successfully “complete” the repack deadline last month on schedule. Nearly 100 stations transitioned in the final month alone.

But there’s still work to be done. Six stations were granted extensions ending in September, and LPTV and Class A stations have another year before they complete the transition. And then there’s the ongoing paperwork involved in reimbursement.

Perhaps the biggest concern among broadcasters is that a certain percentage (~15-20%) are operating at a lower power on an “interim facility,” (a complete list is available at tvanswers.org/transitioning.asp). Viewers in these areas will continue to have issues with over-the-air reception until those stations are back to full power.

Interim facilities (also referred to as “STAs” or special temporary authority) were integral to the repack, according to Brett Jenkins, CTO of Nexstar, the nation’s largest commercial broadcaster. Jenkins estimated that nearly 90% of the more than 100 Nexstar stations that repacked relied on interim facilities to stay on the air while permanent antennas, waveguide and transmitters were installed.

“Were we happy about operating at lower heights and lower powers? Probably not,” says Jenkins. “But I think in most cases we were able to find adequate designs that would come reasonably close to replicating coverage. We tried not to disenfranchise the over-the-air viewer as much as possible.”

The repack was among the most complicated tasks broadcasters have ever undertaken and required a coordinated effort among the industry, tower crews, manufacturers and local authorities; and doing all of this while dealing with the unpredictabilities of weather and pressures from the wireless companies, who were eager to move in.

Anthony Flores, owner of AFF Consulting had a very busy repack and was philosophical about how it was handled. “I think all in all, everyone’s done a remarkable job and the guys still left to cross the finish line will be close, even with Covid,” he told TV Technology in May. “There may be some delays because of Covid and perhaps, for maybe the next year or so, some projects to get things optimized.”

Broadcasters were already facing a very busy 2020, with the Olympics, election, repack and the deployment of ATSC 3.0. Add a pandemic and civil rights protests to the mix, and you have the makings of a year that will not soon be forgotten.

There’s something else, though that shouldn’t be forgotten. This was the first repack broadcasters had to undertake in response to a spectrum auction that was fought tooth and nail by our industry until it finally came to pass in 2017. (To be fair, the opposition wasn’t necessarily to the auction, but how it would be conducted to ensure fairness).

The demand for broadcast spectrum is not over. Broadcasters are currently in the midst of sorting out the best solution to the proposal to auction off C-band, a vital resource for newsgathering. And FCC officials have hinted that they may be interested in revisiting another auction of 600MHz in the future.

The best way to protect our industry from further encroachment onto the broadcast spectrum is right in front of us: ATSC 3.0. When the FCC approaches broadcasters in the future and asks us to make the best justification for retaining the spectrum, we need to ensure that we have taken the advantage of the best tools we have to remain relevant.

The most important tool we have is NextGen TV. Now that the repack is mostly done, we now have more time to focus on the future of TV.