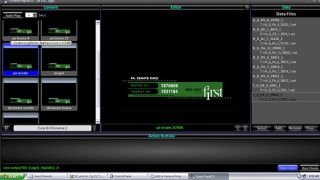 “With Rapid CG, we were able to efficiently handle the AP News Wire feed and automatically update results,” said John Doran, the station’s chief engineer. “As a public broadcaster, we’ve never been able to do that before, because systems in the past were too expensive.”

Doran noted that the use of the Fluent Rapid character generator was a factor in speeding up the posting of election tallies, while at the same time allowing the station to maintain accuracy in the vote count, as personnel did not have to manually enter information from the station’s AP News Wire news feed.

WHYY-TV provided its viewers with up-to-the-minute results of key elections being held in Pennsylvania, New Jersey, and Delaware.