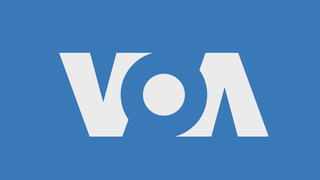 WASHINGTON—Two of The Voice of America’s (VOA) top executives have announced their resignation following the Senate confirmation of Michael Pack, who President Donald Trump has appointed as the new head of the U.S. Agency for Global Media, which oversees the international broadcaster, according to a report from NPR.

VOA Director Amanda Bennett and Deputy Director Sandy Sugawara announced their resignation in a farewell message where they thanked staff members but also raised concerns about the future of editorial independence under Pack.

“Nothing about you, your passion, your mission or your integrity changes,” said Bennett in her message to VOA staff. “Michael Pack swore before Congress to respect and honor the firewall that guarantees VOA’s independence, which in turn plays the single most important role in the stunning trust our audiences around the world have in us.”

Pack is a conservative filmmaker and supporter of President Trump. The president has been a critic of VOA—a publicly-funded broadcaster—and some of its coverage. Critics of the appointment worry that he may jeopardize the broadcaster’s editorial independence and push more favorable coverage of the Trump administration.