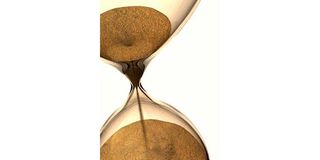 WASHINGTON – The reply comment period has been extended for the Federal Communications Commission Notice of Proposed Rulemaking on video description of emergency information relayed on TV. Reply comments on Docket No. 12-107 are now due Jan. 7, 2013. The original deadline was Dec. 28, 2012, with a comment deadline of Dec. 18, 2012, still in place.

The three major lobbies for the affected industries all requested more response time. The Consumer Electronics Association, National Association of Broadcasters, and the National Cable & Telecommunications Association filed a joint request to extend the comment reply period by 10 days. The group said the extension was warranted by the “expected volume of comments, discussion and data on the complex issues raised in this proceeding, as well as the groundbreaking nature of those issues.”

Among those comments already filed on the NPRM—issued Nov. 16—include those from the 700-member Missouri Council of the Blind. The NPRM’s proposals are based in large part on a report compiled by an FCC committee, the Video Programming and Emergency Access Advisory Committee, or VPAAC.

“We are deeply concerned that a significant majority of the people who contributed to this report represent manufacturers and industry representatives,” the Missouri organization said. “It should be noted that this industry has been one of the most hostile toward improving their ability to reach out to the blind and visually impaired community. It is clear from this report that such resistance is still a dominant reality. We urge the FCC to take this into account as they consider future actions in all of the areas provided in the VPAAC report.”

Marlaina Liebert of Burien, Wash., who is blind, writes that the VPAAC report did not address recording and playback.

“This is another instances of where industry dragged its respective feet and ignored the needs of the population this committee was charged to address,” she wrote. “We worked so hard to illustrate current and emerging technologies to industry members… one member even said to me personally that he needed to be shown that ‘people like you can operate a computer or other technological device.’”

The Nov. 16 NPRM was issued in compliance with the Communications and Video Accessibility Act passed by Congress two years ago. The law requires the FCC to craft rules making TV content more available to blind people. An earlier set of rules established video description for newscasts and breaking news in top markets. The Nov. 16 NPRM addresses emergency messages in particular, potentially through the use of a secondary audio channel. (See “FCC Ponders Secondary Audio for Emergency Messages.”) The CEA has skin in the game because receivers will have to properly handle whatever method is used to deliver this video-description function.

The FCC must complete rules for the provision of video emergency information by April 9, 2013, and for receivers by Oct. 9.
~ Deborah D. McAdams