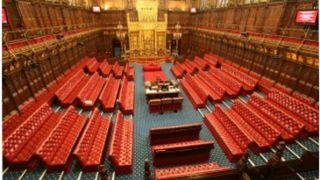 The UK’s House of Lords has put its weight behind a wholesale switch from digital terrestrial to broadband for public service broadcast delivery, even though this might in the short term threaten universal access provision.

The House of Lords is the UK’s second legislative chamber whose main function is to revise primary legislation emerging from the House of Commons comprising elected members of parliament (MPs). The House of Lords’ Communications committee has now proposed that broadcasting be moved away from terrestrial delivery towards IPTV and OTT over the Internet as the primary means of distribution. This recommendation is made in the report “Broadband for all,” which sets out an alternative vision to that of the government. The government wants to retain digital terrestrial as the base medium for delivery of services from the country’s Free To Air broadcasters including the BBC and ITV.

Part of this government strategy is to roll out superfast broadband across the country to provide the basis for future multichannel HD services. But surprisingly, the House of Lords questions this, suggesting the nation’s interests might be better served by first ensuring universal access. The problem with this is that such universal access would be at speeds of 2Mb/s at best given current technology, without substantial fiber deployment in remote areas at great cost.

Therefore, the country will probably be better served for universal access in the short term by continuing with digital terrestrial, and in the long term by pursuing superfast broadband. Because of this, the House of Lords report seems to fall between two stools.