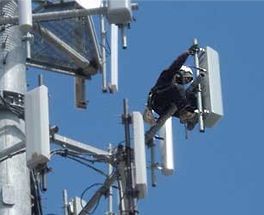 MARGATE, FLA.: If 2010 ends with no more climbing-related fatalities in the tower industry, it will come in under the seven-year average, Wireless Estimator reports. Thus far, seven climbers have been killed in 2010, compared to just over 10 a year on average over the seven years prior. The Web site, which closely tracks the tower industry, said that while fatalities were on the decline, the age of those killed in climbing accidents was up in 2010 to 36.4 years, compared to an average of 35 years.

The peak year for tower fatalities over the last seven came in 2006, the original deadline for the DTV transition. That year, 18 climbers were killed. Last year, when the transition actually occurred, represented the lowest number of tower-climber fatalities--five.

WE said the drop in deaths over the last two years wasn’t a phenomenon of slow construction. The site said 2010 was one of the busiest “in many years.” Tower company help-wanted ads shot up 300 percent this year, but the rise in “green hands” didn’t correlate with fatalities, WE said. Three deaths this year were attributed to climber error or equipment failure. One technician died in a lift-truck accident. Two others were killed in a tower collapse, and another fell from a rooftop.

For more details on 2010 fatalities and other tower industry news, see WirelessEstimator.com.