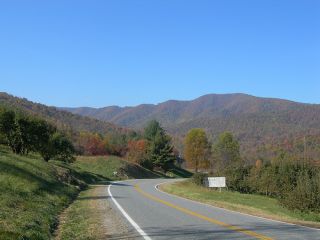 WASHINGTON: The 45 folks selected to advise federal regulators on technology today delivered eight recommendations emphasizing the creation of local broadband networks. Among those--making it competitive, and making it easier. None mentioned relieving broadcasters of spectrum.

The charter of the council is to advise the commission on overall tech policies, but the FCC’s current preoccupation is broadband deployment. The Obama Administration wants nationwide broadband service in 10 years. The council’s recommendations honed in on what the commission could do immediately, “without working through traditional regulatory processes.” Eight were made, with no particular emphasis on one over another:

Commence a Municipal Race-to-the-Top Program, identifying cities with the best practices for deploying broadband. The council suggested ranking municipalities and awarding a “Broadband City USA” designation for those with the most “broadband-friendly” infrastructure planning and permit approval. The FCC, in turn, could identify and highlight those best practices.

The council said the FCC should request an executive orderto build broadband networks on federal property. It would mandate a single document for permitting rights-of-way and antenna siting approvals; coordination by a single federal agency; and a 60-day shot clock for approval. It could promote the use of micro cells, distributed antenna systems and other advanced technologies.

The council said the FCC should urge states and municipalities to speed up the tower siting process. The council said it identified several obstacles to tower siting that could be overcome by updating local procedures. Those included inconsistent timeframes for environmental assessments; redundant requirements for co-locations; and repeated but unexplained rejections.
“Expediting the process for tower siting could have an important impact on the development of local broadband access in communities, boosting their marketability to new employers and network access for local entrepreneurs,” the council said. “If states and municipalities do not agree to expedite co-location approvals, the commission should express its willingness to proceed with a new, shorter ‘shot clock’ rule for co-locations.”

The council recommended that the FCC commence a “road show” about the latest broadband technologies.The intent is to initiate a dialog with local governments about things like microtrenching, DAS gear on light poles, directional boring, etc. Wheeler said the road show would tie back to the Municipal Race to the Top.

The council told the FCC to develop a “white-label” website that municipalities can skin locally for tracking utility digs. That way, rights-of-way excavations could be coordinated to save time and reduce service disruptions. Kind of a “reverse one-call,” Wheeler said.

The FCC should also consider new metrics for broadband network qualityand reliability the council said. There are measures other than speed, Wheeler said. Throughput speeds don’t sufficiently measure performance for extended uses such as healthcare monitoring and emergency services, the council said.

The group recommended that the FCC start investigating how to update or replace services and equipment that still rely on the old copper-wire, telephone-pole infrastructures.
“These services and devices will have to be replaced and the accompanying construction and inspection ‘codes’ revised,” the council said. Its members will come up with an inventory of such services, while the FCC initiates a public discourse on updating the old phone infrastructure for broadband.

The final recommendation from the council is for the FCC to promote deployment of small cell sites. Two strategies were emphasized--creating a “universal architecture” for femtocells and picocells that utilizes spectrum bonding, and the creation of a small-cell spectrum allocation. The small-cell band would authorize licensed and unlicensed use to provide network flexibility.