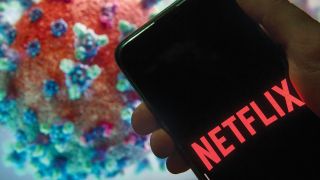 WASHINGTON—If you think about the conveniences of modern life, you will quickly realize that our lifestyle is dependent on regular, reliable utility service: Water when we twist a tap; electricity when we plug in an appliance; sewers that handle waste effectively, and natural gas for our furnaces, stoves and water heaters—our modern comfort and safety would be impossible without these things.

In the past 25 years, without much fanfare, another utility has crept up on us to the point where modern life would be nearly unthinkable without it: high-speed internet connectivity. Whether it is wired or wireless, connection to the internet—especially a high-speed connection—is generally considered a necessity today. And today is different than it was a year ago.

Akamai Technologies maintains a major international content delivery network, including cybersecurity and cloud services. The company is at the epicenter of the recent streaming explosion.

“Though we’re not breaking out traffic by type, Akamai has seen a marked increase in overall traffic volume delivered globally as the pandemic spread,” said Alex Balford, Akamai’s senior manager for media product marketing. “Traffic increased 30% between the end of February and end of March, 10 times greater than the normal month-to-month growth rate that we normally see. To put that into perspective, we saw roughly a year’s worth of growth in a month’s time frame.”

In addition to sharply increased traffic, Balford noted something else about COVID-19 data traffic.

“Beyond just the sheer volume of traffic is the fact that the increases are both downstream and upstream,” he said. “Normally, when we talk about a big traffic event, it’s a big sporting event or game download being distributed to large audiences. In the case of the pandemic, with so many people working from home in general and people socializing via videoconferencing, traffic is flowing at heightened volumes both ways across the internet.”

Other providers mentioned the same sort of increases.

“We discovered we are now doing more events in one day than we did in a couple of weeks’ time earlier in the month—and it’s still growing,” said Mike Schabel, CEO of Kiswe Mobile. “Within the first week [of the recommendation to stay at home], we saw not only a change in use of our cloud-based production platform, Cloudcast, but also a 30-fold increase.”

“Before, our customers were making live content available for individual audience communities. This is like personalized digital TV content to expand their audience,” Schabel said. “Today, they can’t get into their control rooms and studios, but still need to make new content, make it professional, and reach just as many people, if not more. The video industry has two bookends: There’s the camera on one end and the consumer on the other, everything else in between is hardware-based middleware housed in control rooms, studios, and trucks and supported by established production and distribution workflows.”

Vitec is one of several companies that makes professional encoding/decoding products for broadcast streaming applications, and it has seen a jump in business.

“We are seeing a large uptake on low-cost OTT streaming applications as customers look to expand their reach,” said Kevin Ancelin, vice president of worldwide broadcast sales for Vitec. “Along with the need for more streaming encoders and decoders, there’s been an increase in demand for extending our EZ TV IPTV Enterprise platform to deliver content over the web to employee’s remote desktops via our EZ TV Lite HTML5 browser-based player.”

Internet service providers are the ones that deliver the last mile of data to homes and businesses, so there has been a lot of concern about their systems being overloaded with the sudden increase in work-at-home traffic and streaming of high-quality broadcast programming to homes.

In a conference call with reporters last month, a technology specialist with Comcast said that his company’s network is performing well.

“Nobody saw this coming,” said Tony G. Werner, president of the Technology, Product, Xperience organization within Comcast Cable. “[However], I don’t think we were too blindsided. I can’t speak for others, and I can’t speak for the globe, but our networks are engineered for great fluctuations. We engineer them for peaks.”

Werner said that Comcast has increased its network buildout activities, with 1,700 system work orders one recent week compared to a typical 400-500. These activities include installing more fiber and adjusting system settings to max out the capacity of the network.

Access to the internet has become so important that the FCC recognized early in the COVID-19 emergency that the public needed to be protected from disconnections and loss of service. FCC Chairman Ajit Pai asked ISPs and cellular providers to sign the “Keep America Protected Pledge,” which promises that no data user will be disconnected in the next 60 days for nonpayment. It also states that ISP- and telco-owned WiFi hotspots will be open to the public and free for the same time period.

At press time, Pai said that more than 700 companies have signed the pledge, including all of the nation’s largest service providers. Many of these companies went beyond the minimums in the pledge by upgrading speeds at no cost and offering free service for students and low-income families. Some companies have also donated connectivity to healthcare workers and facilities.

The solid broadcast news coverage of the COVID-19 emergency was also acknowledged by Pai.

With so much changed in the industry as a result of the COVID-19 emergency, some are  thinking about what the “new normal” will be once the crisis has ended.

“There were lead-adopting companies that were already moving toward software-based production and using it extensively,” Schabel said. “For them, this only serves to cement the value of a cloud-based solution. There were other companies that had software/cloud-based production on their one-year roadmap. Now it’s become a digital mandate, and the COVID-19 crisis has pushed them through the testing phase right into their workflow.”

Schabel pointed out that, once a content company has a good plan for cloud-based workflow, there are cost savings for travel and production expenses.

“In addition, they create not only more content, but also highly personalized content, which has awesome value in the market,” he said.

With all the streaming going on, how does a manufacturer support its customers, including both sales and after-sales support?

“Support is our core competency, and we’ve worked hard to ensure any changes to that workflow is seamless,” Ancelin said. “We use Microsoft Teams extensively for sales and service calls. We also can remotely access products for further support and training.”

The COVID-19 emergency has been a big shakeup for everyone in all industries. Within the television and related entertainment industries, it has meant the forced pause of virtually all scripted and reality program production.

On the other hand, news organizations are going flat out and using every trick in the book to maintain quality and content. Even “Saturday Night Live” adapted to the emergency by producing an episode in which all the cast members were each in their respective homes. If you want to stay relevant, you have to adapt to the times.

As this is written, governors around the country are starting to talk about relaxing various coronavirus-related restrictions, so things may creep back to normal over the next few weeks. In the meantime, the nation’s streaming infrastructure seems to have survived the surge in activity and broadcasters have found a way to stay on TVs in bedrooms and living rooms.