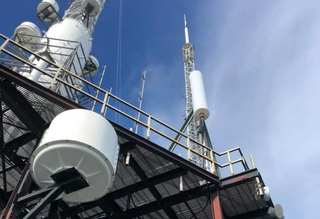 CHICAGO—Engineers and work crews for one Chicago-area TV station worked feverishly this week to restore operations after losing power due to a flood last weekend.

On Sunday night, May 17, a rainstorm flooded the lower levels of Willis (Sears) Tower where primary and backup power substations are located, resulting in the loss of all main and backup power distribution, according to Kyle Walker, vice president of technology for Weigel Broadcasting, whose WCIU-TV CW affiliate transmits from the building’s rooftop facilities.

In addition to WCIU, Willis Tower is also the home to Chicago stations WBBM (CBS), WTTW (PBS), WCPX (Ion) and several other Class A and LPTV stations.

Walker says the building had been a reliable home for years.

“I’ve been in this market since 2002 and I’ve never lost power at Willis, even for a second,” he said. “The main and backup substations that feed only Willis Tower seamlessly switch resulting in very reliable power.”

Walker added that “most of us affected already had main and backup antennas, transmitters, and distribution. The building was arguably the only single point of failure.”

Power went out at 2 a.m. on Monday morning, and by 5 p.m. the same day, the broadcaster decided to move its transmission facilities to the city’s John Hancock Tower, which was also fairly crowded already due to several other Chicago-area stations using the Tower for interim facilities for the stations transitioning during the channel repack.

By Monday afternoon, Weigel had bought the biggest air-cooled transmitter it could get on a short turnaround, with delivery scheduled for Wednesday. This wasn’t good enough as WCIU-TV wanted to return to the air on Tuesday, so they borrowed a 700W transmitter that had to be picked up from a location six hours away.

By Tuesday morning, an antenna had been delivered to the Hancock Tower and just before 9 p.m. that evening, the station was back on the air, albeit at what Walker describes as “very low” power.

Fortunately the new air-cooled transmitter arrived on Wednesday, installed on Thursday and the station was back on the air at slightly higher power. All done within 72 hours.

“We could have never pulled this off without some amazing partners and our dedicated staff,” Walker said. “I would like to recognize Ben, Jackson, and Sam from our engineering team who worked tirelessly to make this happen. I would also like to recognize GatesAir, Alive Telecom, Dielectric, American Tower, TowerStream, and Kruger Tower and their incredible personnel.

“Finally, I’d like to recognize [Weigel owner] the Shapiro family for their dedication to their staff members and for truly being the definition of a broadcaster.”