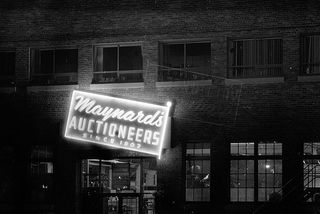 The proposition of sharing in auction proceeds was laid out last year in the FCC’s National Broadband Plan as an incentive for TV broadcasters to release spectrum. Current statute requires that all such proceeds go to the U.S. Treasury. The FCC must have Congressional approval to conduct incentive auctions. Rockefeller introduced the same bill last July, but it didn’t make it all the way through the meat grinder to the president’s desk.

“By providing authority for incentive auctions, this legislation will offer a revenue stream to assist public safety with the construction and development of their network,” Rockefeller said in a statement.

The primary intent of the bill is to provide 10 MHz of spectrum for public safety wireless communications. The swath in question is D Block, which failed to draw the minimum bid in the 2008 700 MHz auctions of DTV transition spectrum. The D Block was set up to be a public-private endeavor that elicited indifference from potential bidders. The allocation is 758 to 763 MHz; and 788 to 793 MHz.

Aside from incentive auction authority and D Block allocation, the bill would establish a framework for deploying a nationwide, wireless public safety network. It also directs the FCC to create technical and operational standards for interoperability, something that now vexes the various public-safety entities. The bill directs the commission to set up a secondary, preemptible lease arrangement for the network when it’s not in use.