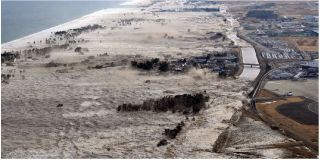 TOKYO: Sony today said several of its sites and facilities were affected by last Friday’s 8.9 magnitude earthquake and the resulting tsunami. The company said it is monitoring the status of each site on an ongoing basis and considering the most effective recovery measures. Sony also voluntarily suspended operations at several sites due to reported, widespread power outages. Sony employees at the affected sites sustained no significant injuries when the earthquake and tsunami occurred, the company said.

Sony is now evaluating the full impact of the earthquake, tsunami and related power outages. IT said that as of 11 a.m. local time March 14, manufacturing operations were suspended at the following affected production sites:

In addition to these manufacturing sites, the Sony Sendai Technology Center at Tagajyo, Miyagi has ceased operation due to earthquake damage. Sony said that while certain production sites in Japan other than those listed have been moderately affected, there has been no report of employee injury or facility damage, and operations continue.

Possible damage at other Sony companies in Japan is currently being reviewed.