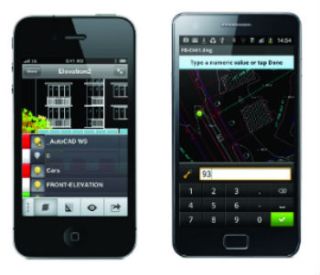 NEW YORK—Broadcast engineers have never been known as fashion or trend setters. They are never hard to pick out at a TV station. They typically wear clothes that allow them to move through their facilities’ varying environments. They often travel from 65-degree equipment rooms to the roof of their building inspecting a dish or antenna. The lack of sleeves on their shirts is to allow them to stick their arms under floors or into racks tightly laced with wires, and that t-shirt underneath with the not so fashionable button up is to help stay warm while servicing equipment in a rackroom while 10 tons of cold air pours down their back. Engineers are practical people and love efficiency and precision.

Today’s engineer though is looking more and more like everyone else, i.e., they are walking around looking down at theirsmartphone. Yes, you will still find the small green screwdriver somewhere on their person, but gone are the small flashlight and multitool hanging off their belts. The new tool of choice for many is the iPhone- or Android-based handheld device. As the industry has moved to more IT and softwarebased systems, the tools have changed accordingly. It is rare to see an engineer rolling along a cart-based oscilloscope, or dragging a tape deck back to his shop. Today a broadcast engineer spends their time managing space on video servers, monitoring networks and responding to emails from people and equipment.

Enter the smartphone and tablet PC— small but powerful computers with wireless networking, allowing an engineer to monitor, manage and maintain their facilities in a whole new way. The desktop productivity applications which once required them to be tethered to a desk are now accessible as they move. This of course makes news and production staffs happy as it makes them easier to track down. The greatest advance for the engineer though is the app, the niche program specifically written for their needs. Now just going to the Apple App store and looking for broadcast applicable apps can be difficult, so TV Technology went to the engineers in the field and asked them what they are using.

AutoCAD WS With 2.5 million downloads from the App store and Google play, the AutoCAD WS for mobile, from AutoDesk has a broader user base than just broadcast engineers. It is, though, one of the biggest time savers for a TV engineer. For decades the only way to look over a facilities wiring and signal flow drawings was to go to a PC in the engineering shop, or drag a huge roll of paper schematics back to the rack. The AutoCAD WS, now allows access to these drawings from everything from a phone to a tablet. This makes troubleshooting wiring issues so much easier and more collaborative. An engineer looking at the drawing behind a rack can view, edit and even share the drawing with another engineer locally or offsite. From systems integrators to station engineers, this is a must have free app. It does require the user to register, but this is partially to enable the ability to share drawings between devices.

Michael Soileau, senior field service engineer with Harmonic, recommends several apps that he uses on a regular basis. From using early apps that helped with reading resistor color codes to helping manage his install of large Omneon MediaGrids, Michael is always looking for tools that make his job on the road more efficient. “SubnetIT and IPSolver are a must for setting up networks; they help me split up subnets when installing our Grid product.” He also recommends ConvertBot, which is a utility for making conversions and is especially useful in going from megabits to megabytes. “LogMeIn is a must for remote access to PCs or Macs using an iPhone or iPad” he says. There are also apps for Android that offer functionality IT professionals are already familiar with, like Android VNC from REAL VNC. Their Microsoft- compatible program REAL VNC has been in use providing remote access to PCs for many years. ConvertBot

With stations interfacing with traffic cameras and even their own network of IP-based cameras, a great tool for their engineers is to be able to check the signal from any camera, anywhere they may be. There are several iOS and Android-based products that provide the ability to view these remote cameras. Robert Chou has apps for both in the Google play store. IP Cam Viewer Pro and Traffic Cam viewer can give streaming access to your mobile device, allowing an engineer to confirm that a camera is online and working, as well as assess the quality of the images.

For the ENG and SNG crowd, the must have app is Dishpointer AR Pro. U.K.-based DP Technologies, which sells the product, describes it as an “augmented reality satellite finder.” What this means is that after installing this app one can point the phone towards the sky and see where the satellite arc is and what degree views are available for acquisition from their vantage point. This is a great way to make a quick assessment of where to park the satellite or ENG truck, and would be a great tool for site surveys.

Probably the simplest and one of the most useful apps on a daily basis is the ‘Flashlight’ app, which is available from multiple vendors. DishPointer AR Pro Everyone always has their phone with them, so why carry that little Maglite with the dead batteries around anymore? There are several free or cheap apps that can turn a phone into either high intensity light (using the flash) or displaying varying degrees of light from the screen’s backlight. Both the Apple APP store and Google Play have several different options available. Flashlight from iHandy on the App store uses the cameras flash as a light which works great even in the darkest location. The downside to “free” apps like this one is that they come with ads at the bottom of the screen that you have to ignore.

APPS FROM THE VENDORS & PROS
Some vendors are getting into the swing of things themselves and developing apps that specifically help the broadcast and production engineer. California based AJA is one of those companies. “The AJA DataCalc app was released in 2009 and has been a huge success, with over 35,000 downloads” explains Bryce Button, marketing manager at AJA Video systems. The AJA DataCalc program computes storage requirements for professional video and audio. It is available in both Mac and Windows stand-alone applications as well as an iPhone app.

This product is an example of a vendor coming up with an app specifically targeted at the broadcast market. Designed for video professionals, this application works with all the most popular industry video formats and compression methods, and allows you to change settings and calculate storage requirements in a single screen with simple controls and a clear concise display.

Video professionals are also developing their own apps. Geoff Gruetzmacher, a freelance TV editor in New York, built “Runtime,” a picture-locking tool for editors and producers that keeps track of act lengths and showtimes and lets an editor e-mail the data with one tap.

Geoff told TV Technology that he “got so fed up with the awful timecode calculators editors have to use that I learned iPhone programming and wrote my own app for editors and producers,” he said. “It’s been incredibly well-received by the New York and Los Angeles TV editor communities.”

THE ULTIMATE APP?
There probably isn’t one killer app that everyone will agree upon, but that goes against the whole idea of the app. Developers and users of apps are usually looking for a single solution to a problem. Engineers will like this methodology, as being able to access a program quickly that helps them solve a problem is a kind of efficiency the can live with. Whether the repeated use of a trendy device like a smartphone or tablet will have any effect on their wardrobe choice is doubtful, but the speed in which they solve problems by leveraging these new technologies will certainly make them look cool to their co workers.