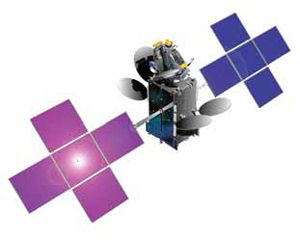 Intelsat’s IS-17 will be among the birds used to deploy the company’s new EpicNG service.

OTTAWA: For broadcasters, satellites have traditionally been a point-to-multipoint broad coverage option; one whose capabilities and limitations were well understood.

Today, the game has changed: The advent of High Throughput Satellites (HTS) has exponentially boosted the carrying capacity of this medium, at the expense of coverage. Add the fact that the margin for satellite transmission errors has, in some cases, been reduced to near-zero, and today’s broadcasters need to update what they know about using this medium.

This is where Sidney M. Skjei comes in. A co-founder of Skjei Telecom in Falls Church, Va., Skjei has over 35 years experience in satellite and broadcast technology. The NAB relies on Skjei to teach its fourday NAB Satellite Uplink Operators Training Seminar, which gives broadcast SNG operators a comprehensive and current look at satellite communications technologies.

ViaSat-1 delivers this throughput by using the frequency-reuse model long employed by terrestrial cellular telephone companies. In other words, rather than just using one frequency to cover an entire continent, ViaSat-1 can pump out numerous tightly focused spot beams on the same channel, with each beam being aimed at a much smaller geographic region. From the perspective of the receiving station, all that is seen is the spot beam aimed directly at them.

Spot beam technology was developed to deliver satellite broadband data services to a range of terrestrial users. Since broadband is a point-to-point medium, there is no downside to using spot beams.

But the same is not always true for broadcasters. In those instances where a network is trying to feed a specific earth station, a spot beam is fine. But when it comes to feeding multiple cable headends from a single network feed via satellite, spot beams just won’t work.

This is why Intelsat has launched Epic- NG, which uses both wide beam and narrow beam technologies to deliver signals via C-, Ku- and Ka-band satellites.

The logic behind EpicNG, which is an overlay to Intelsat’s existing fleet, is to allow customers to choose whichever delivery system and frequency range works best for them. “In those instances when you want to feed a specific earth station effectively, you may use a spot beam,” said Kurt Riegelman, Intelsat’s senior vice president of Global Sales. “In those cases where wide area coverage is preferable, traditional transmission methods can be employed.”

In either instance, the forms of digital satellite transmission now in use have substantially reduced the margin for error afforded to uplinkers, according to Skjei. The problem is digital compression: “Because people are compressing their signals as much as possible, every single bit of data is important,” he told TV Technology. “For compressed digital video, you need to have a bit error rate of 1:108.”

Achieving this low error rate is covered during Skjei’s NAB Satellite Uplink Operators Training Seminar. Worth noting: The seminar includes classroom instruction; hand-on training in an actual SNG truck, and an all-day field trip to a large satellite teleport and operations center nearby.

ABOUT ZOMBIE SATS
In April 2010, Intelsat’s Galaxy 15 suffered an onboard issue that prevented ground operators from being able to control the satellite. At the same time, its transponders were still broadcasting at full power. This apparent “dead yet alive” condition led to Galaxy 15 being referred to as a “zombie sat.”

Unfortunately, Galaxy 15 began to drift eastwards from its assigned orbital slot, towards the slots being used by other geostationary satellites. This meant that the zombie sat might interfere with the signals of other satellites it approached; such as SES World Skies’ AMC-11, Galaxys 13 and 14, Anik F2 and SES-1.

Nimble signal reassignments during the crisis minimized the problem, which was eventually fixed by Intelsat by forcing Galaxy 15 to reboot. However, the zombie sat crisis has had an impact on the satellite industry.

For instance, SES World Skies is trying to create signal redundancy for both its broadcast and cable TV customers, by achieving 100 percent penetration on its AMC-18, AMC-1 and SES-1 central arc satellites.