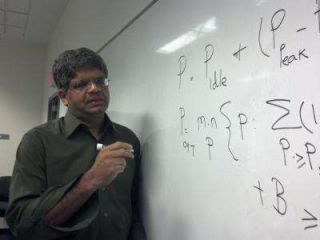 But now a researcher from the University of Massachusetts Amherst and collaborators from CDN provider Akamai have quantitatively demonstrated how video stream quality impacts the behavior of viewers.

Using a research technique commonly employed for medical and social science studies, the research analyzed 6.7 million unique viewers from around the world who watched a total of 23 million videos for 216 million minutes over 10 days.

Their research revealed viewers begin to abandon video if it does not start up within two seconds. Each additional second of delay resulted in a 5.8 percent increase in the abandonment rate.

The research also found viewers are more forgiving when slow starts are associated with longer content like movies than they are with short videos like news clips. Viewing platforms also weigh in on viewer tolerance. Viewers with better connectivity are less patient and abandon slow-starting video faster than viewers using mobile devices.

Another viewer irritant is video that freezes while playing. According to Sitaraman, the research findings show viewers whose video froze for 1 percent of its length watched 5 percent fewer minutes than those whose video played smoothly without freezes.

To conduct the study, Akamai provided the researchers access to millions of anonymous traces containing information regarding the way users watch videos and the quality they experienced.

Viewers were then assigned to two groups – one that received a good-quality video viewing experience and the other that experienced poor-quality service, with problems like failure to start and repeated freezes.

A member of the first group was paired with the second in a way that matched as closely as possible other characteristics, such as geography and connection type, so that the differences between the two centered on quality of experience.

"By comparing the difference in behavior of the paired viewers for hundreds of thousands of pairs, we are able to better isolate the impact of quality alone and exclude other confounding factors," says Sitaraman.