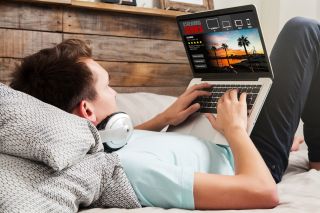 ADDISON, Texas—Broadband service is critical in the home, according to 76% of households that responded to Parks Associates’ “360 View: Broadband Service in the U.S.” report. During this time of self-quarantining because of the coronavirus, Parks thinks that number could be even higher.

As far as necessary services, 60% of households put broadband in front of pay-TV, saying they were more likely to cancel their pay-TV subscription before cancelling broadband service.

Parks’ report also looked into how people are signed up for broadband. It notes that more households are going with standalone broadband services over bundled packages. Those that are OTT subscribers are more likely to have standalone internet service than non-subscribers, according to Steve Nason, director of research at Parks.

“This finding indicates providers need to adjust their bundling strategies to include more OTT video services as options,” said Nason. “Currently, less than one-fifth of subscribers receive an OTT service bundled with their broadband package.”

In addition, most consumers aren’t aware of how much broadband speed their home needs and uses. Speed choices are more often determined by age of the subscriber rather than the number of devices in the home, with demand for services like 1+ Gbps highest among younger consumers that use connected platforms and services heavily.

As more and more people stay home as part of preventative methods against the coronavirus, Nason says that providers need to make customers more aware of their throughput needs.

“Customers will be more willing to upgrade their speed to match their increased consumption habit, provided they get the right information and assurances it will meet their needs, which will ultimately lead to higher satisfaction levels,” said Nason.

Get the full “360 View” report from Parks Associates online.