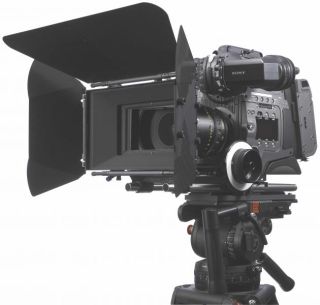 While the two companies have traded technical and marketing claims in the past, things between RED Digital Cinema and Sony are beginning to get ugly in the war of high-resolution camera market dominance.

RED, of Irvine, CA, is suing Sony, the Japanese video camera giant, for the use of patented technology in Sony’s F65, F55 and F5 digital cinema cameras without a license.

Jim Jannard, RED founder and a man with deep pockets due to his success founding Oakley sunglasses, announced the lawsuit on RedUsers.net, the RED users forum. The suit demands that Sony destroy all F65, F55 and F5 cameras. In suing Sony, RED claims “loss of sales, reduced business and profit, and that the general reputation of RED has been damaged as a result of the alleged patent infringements.”

“In 2005, I started RED because the other guys had it wrong,” Jannard wrote. “Today, we look smarter than we did seven years ago even though our story has not changed. The only difference is that the other companies seem to want to ignore what we have done. I won’t let that happen.”

Jannard said Sony soon developed 4K (3840 x 2160 pixels) technology from cameras to displays, which he said is a natural part of the business.

“What we don’t accept is others just borrowing our technology, intentionally or unintentionally,” he continued. “We admire invention and happily pay for and license great technology from other companies when it is useful to our program.”

RED has created many jobs in the United States, Jannard said, and leveraging its vision and technology and the company will aggressively protect its employees. “It is a magic trick to build a camera in the U.S., especially at the highest level. This cannot be done if others are allowed to just take what we have done and use our work as their own.”

He said RED saw 4K as the future standard in 2005. “We have endured comments that 'RED was a scam,' '1080p was good enough,' 'What does a sunglass guy know about cameras?'… as well as others I would never publish,” Jannard wrote.

RED shook the digital cinema industry to its core with the highly affordable (starting at $16,000) RED ONE camera, introduced in 2007. It was the first digital cinematic camera in history that could capture raw footage at 4K resolution, which was comparable to the resolution quality of traditional 35mm film used in major feature films. Since the RED ONE’s release, hundreds of movies have been “shot on RED,” which has become a company slogan.

“Patents are here for a reason,” Jannard told his customers. “They protect IP. Receiving a patent now means that you have an obligation to protect it … or they have absolutely no value whatsoever. We are anxious to resolve this and have everyone move along. But in the end … our ideas, employees and customers matter. We will tenaciously protect all of them.”