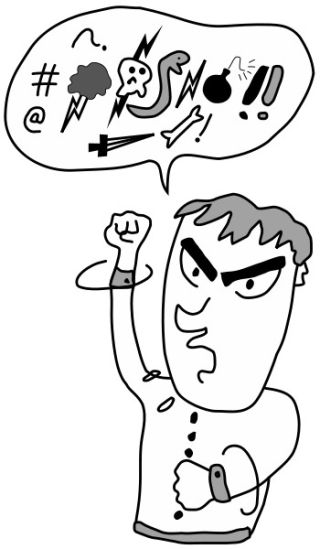 LOS ANGELES The Parents Television Council said it’s found a marked increase in profanity on TV since 2005. The watchdog group counted dirty words in prime time during the first two weeks of the fall TV season and found 69 percent more foul language than five years ago.

“Profanity is far more frequent and the profanity itself is far harsher than just five years ago,” said PTC president, Tim Winters. “Even worse, the most egregious language is being aired during the time slots when children are most likely to be in the audience.”

Winter pegged the increase on a court ruling vacating profanity censures by the Federal Communications Commission.

“After the Second Circuit Court of Appeals threw out the FCC’s congressionally mandated authority to enforce the broadcast decency law, industry and media pundits predicted a sharp increase in the amount of profanity on television. Sadly, they were correct,” Winter said.

The Second Circuit ruled in July that the FCC’s penalties for fleeting expletives were “unconstitutionally vague.” The case evolved out of a 2004 FCC indecency dragnet resulting in $4.5 million in fines. Fox was cited for expletives uttered during live awards telecasts in 2002 and 2003, though a similar previous occurrence was given a pass. Fox challenged the ruling. The Supreme Court agreed that the FCC's fleeting expletive rules were vague and tossed a First Amendment challenge back to the lower court.

“Regardless of what the courts decide, it’s time for broadcasters to set parameters and publicly explain their broadcast standards,” Winter said.

Networks widely instituted tape delays to live events to be able to bleep fleeting expletives or cut away from indecent material. However, the PTC increasing takes issue with scripted programming such as Fox’s “Family Guy,” and “American Dad,” the title of CBS’s “$#*! My Dad Says,” and “Two and a Half Men.”

The group monitored 18 terms it considers indecent. Under federal law, content is considered indecent if it describes or depicts “sexual or excretory organs or activities… [and] the broadcast must be patently offensive as measured by contemporary community standards for the broadcast medium.”

NBC had, on average, the smallest overall increase in profanity during prime time with less than 8 percent. The network was down during the 9 p.m. hour by 35 percent. CBS’s count was up across prime time by 38 percent; ABC, by more than 300 percent and Fox, 244 percent.

The PTC concluded that the FCC “must vigorously pursue its appeal of the grossly deficient ruling of the Second Circuit Court.” Details of its findings are compiled in “Habitat for Profanity: Broadcast TV’s Sharp Increase in Foul Language.”

The analysis comes two weeks after an expose in The New York Times revealed improbity in the PTC’s fund-raising claims.
-- Deborah D. McAdams