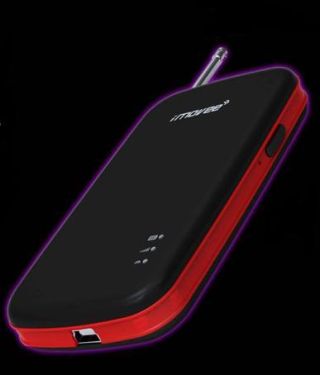 MATHER, CALIF.: iMovee today announced the launch of Mobeo, a pocket peripheral that picks up Mobile DTV and streams it to Wi-Fi-enabled smartphones and tablet computers.

Mobeo runs on multiple operating systems, including Google’s Android, Apple’s iOS and the new Microsoft Windows Phone 7. This allows it to work with Apple’s iPhones and iPads, Samsung’s Galaxy Tab, Motorola’s Droid and HTC’s Trophy among others. It’s said to have a four-hour battery life in part due to the low power consumption of the Siano receiver chips it uses.

In addition to traditional linear TV, the Mobeo provides access to online content from platforms such as YouTube. It also allows several users to watch the same live TV program from different places, and to be able to chat over it. The users can exchange messages over their Facebook and Twitter accounts while watching TV.

Mobeo is equipped for A/153, the mobile, over-the-air digital TV transmission standard in the United States, as well as ISDB-T for Latin America and DVB-T for Europe, via Siano receiver chips. It will be on display at iMovee’s exhibit at the Consumer Electronics Show this week.