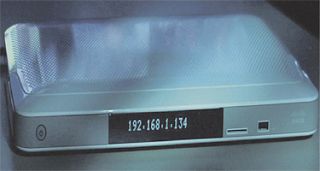 Key content and services at an affordable price is the draw. But Internet service is the deal breaker.

"If I'm watching a streamed movie and my home Internet connection is only 400K or even one megabit, the image might not be as clear and could have some latency," said Tim Bajarin, president of Campbell, Calif.-based Creative Strategies media consultancy.

"Perhaps there's a vision being painted by some of the hardware manufacturers that the network's not quite ready for," said Michael McGuire, vice president of research for the Gartner Group's Media Industry Advisory Services.

At CES, Cisco Systems CEO John Chambers presented a far reaching five-phase grand plan for its Videoscape TV Platform, which Chambers characterized as "The Future of TV", encompassing everything service providers would need to compete in the OTT niche.

Chambers mapped out the plan in a slide presentation, then demonstrated how the end user could find a televised NBA game, behind-the-scenes Web footage, or amateur video of a pick-up game uploaded from a social networking site and display this on a TV, Android phone or Apple iPad. With a nod to Cisco's clientele, he noted how this would enable cable, satellite and telecommunications service providers to "stay close to their customers."

It also introduced five new products specifically oriented to OTT. Videoscape Media Suite integrates and manages content. Cisco Conductor is the command and control hub that enables user authorization, device authentication, location (in regard to bandwidth access) and status of the user (virtually anything the user is willing to let the community know about him or her).

Murali Nemani, Cisco's Director of Video Solutions said that Conductor was "the secret sauce" that would enable content distributors to "unshackle the television experience and deliver it consistently across all these devices and networks."

Australian telecom giant Telstra Corp. has already commenced Phase One (getting the proper IP broadband network in place) in the country, and was gearing up for Phase Two at press time: the launch of "BigPond TV."

Cisco Videoscape set top box "They built out a CDN [Content Delivery Network] based on Cisco technology," said Nemani. Subsequently, Telstra "started taking its service to an LG television, bringing that service to a Samsung DVD player without the need of dedicated set-tops—the cloud and the network is delivering that."

He also noted investments in Cisco products at the core and edge of various networks elsewhere. "We're in two trials in the U.S. with major Tier One operators," said Nemani. "We've got the same type of activity in Europe."

"They certainly have the resources to make that happen—but a lot of it is going to come down to how they [Cisco's clients] package the content," said Gartner's McGuire. "A lot of consumers are seeing value in the [alternative] vision of Over-the-Top: being able to acquire the shows they want to pay for."

Both he and Cisco's Neumani saw challenges regarding content restriction.

"Service providers and media companies are now aggressively having these dialogues—the technology creates conversations," he said. "Cisco is acting as an advisor in terms of the technology and business architecture."

In the end, it's all about getting what you want with the least amount of hassle, said McGuire, who gave the new devices the edge on navigation technology.

"A lot of people look at it and say 'this is different, but is it really better?" said McGuire. "And they just want to hit play—very soon after they plug it into the wall."