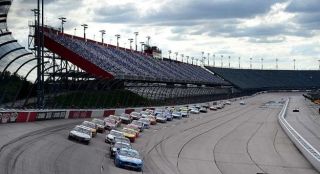 NEW YORK—For the past two months, professional sports worldwide have been shut down due to the coronavirus pandemic. However, as some professional sports leagues have begun to resume activities, Nielsen ratings demonstrate how even the most inconsequential events are drawing record ratings.

Take golf, for example. With The Masters cancelled in April and the future of other worldwide golf tournaments in doubt for the rest of 2020, a “skins” charity event held on May 17 drew healthy numbers.  Approximately 2.3 million viewers tuned into the “TaylorMade Driving Relief” event which featured top professionals Rory McIlroy, Dustin Johnson, Rickie Fowler and Matthew Wolfe in a “teamed skins” competition at Seminole Golf Club in Juno Beach, Fla. More than a quarter of the audience was in the advertiser-desired 18-49 demographic.

NASCAR, which resumed its schedule with “The Real Heroes 400” race at Darlington Raceway in South Carolina in front of empty stands, drew 6.3 million viewers, about 239% more than the 1.9 million viewers of the 2019 Bojangles Southern 500 at Darlington, according to Nielsen.

Fans also increased their social media activity 191% compared to the 2019 NASCAR Monster Energy Series Bojangles Southern 500—the last NASCAR event held at Darlington—with 941.8K total interactions regarding the event across Facebook, Instagram, and Twitter. There were 2.9 million video counts about the event generated across Facebook and Twitter videos. All of this activity made the NASCAR event the fourth most social program across TV and second most social Broadcast program, just behind the American Idol season finale on ABC that evening.

Sports fans in general, whether they prefer golfing or racing or neither were in front of their TV sets over the weekend. Over a fifth (22%) of viewers who watched the NASCAR race also watched the golf event. Golf’s crossover was slightly higher, as 24% of golf’s viewers also tuned into the race at Darlington.