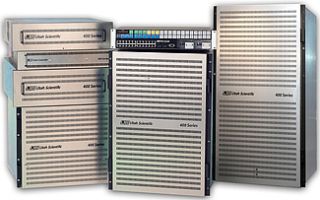 The router, loaded 224x552, incorporates an AES and AA audio router and associated control panels. The matrix architecture in the Utah-400 is designed to reduce system complexity, resulting in a more compact and energy-efficient router.

The NCP-XI, which will hit the road in January 2009, is a 10-camera 53-foot expando and is smaller and lighter than the other trucks in NCP's HD fleet. The truck is aimed at local and regional broadcasters interested in transitioning to HD production.

"This is a set-shoot-strike truck for us, one that will be booked to do six shows in four locations each week," explained Mike Mundt, NCP director of operations. "To survive that kind of schedule, the equipment on the truck has to be trouble-free, and that's why we go to Utah Scientific. The routing switcher is the hub of the operation, and if there's a problem, you have a real mess on your hands. We have found the Utah routers to be incredibly reliable—reliable to the point that you can forget they're there."