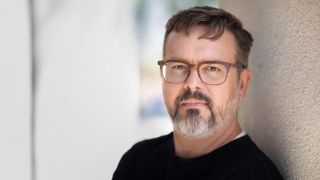 LAS VEGAS—The 2020 NAB Show’s Post|Production World will be headlined by the Oscar-nominated editor of “Joker,” Jeff Groth, the organization announced. Groth will speak during P|PW on April 19 about his career and editing techniques for TV and film projects.

Groth was a 2020 Oscar nominee for this editing of the movie “Joker.” His other credits include the HBO series “Entourage,” the show’s feature film adaptation, “War Dogs,” “Hangover Part III,” “Religulous,” the upcoming crime drama “Cherry” and more.

“Jeff Groth is a magnificent editor,” said Ben Kozuch, president and co-founder of Future Media Conferences LLC and executive producer of P|PW. “We look forward to hearing how his work has evolved and the approaches he has taken in mastering his craft.”

P|PW is a training event for content creators and designers in film, TV and video. It will take place from April 17-22. For more information, visit P|PW’s website.