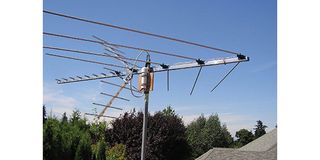 WASHINGTON – Insiders say wagons are circling over the new methodology for predicting TV station coverage and interference. The Federal Communications Commission this week quietly released a revised version of the methodology—OET-69—in a Mac-based software package dubbed “TVStudy.” It will stand as the coverage analysis model for repacking TV stations after the planned June 2014 incentive auction.

The National Association of Broadcasters had not publically responded to the revision at press time, but a memo sent to members of the technology committee urged them to “take a close look at the proposals and its implications on the on-going incentive auction proceeding,” and “to refrain from publicly commenting on its merit until we fully understand the implications of the FCC action.”

One broadcast source said the revision had nothing to do with repacking TV stations after the incentive auction. However, FCC Commissioner Mignon Clyburn said updating OET-69 was critical to the repacking process.

“An important component of the proposed incentive auction is the repacking of broadcast TV stations, including the potential reassignment of stations to new operating channels. In order to preserve the integrity of the broadcast TV service on which the American consumers rely, we must get this process right,” she said in a statement. “As the TVStudy Public Notice points out, the software that the commission staff currently uses to implement OET-69 is based on source code and data from the 1990s and earlier. It is critical that the repacking process incorporates the most updated and accurate data possible.”

A veteran broadcast engineer concurred, referring to the OET-69 revision as a “very big piece” of the repacking methodology, but not the complete package.

“It only tells you how you’re going to analyze a given station, but not the interrelated pieces of that,” he said. “It’s not to be underrated… it’s a big piece of it. It’s the analysis model.”

The full repacking model will have to include a start point, he said.

“Where do you start and spread out from in your modeling,” he asked rhetorically. “If you start in New York City, based on this new iteration, and you begin packing stations, you would end up with a potentially different set of criteria if you started out in Philly or Washington. It’s the interaction on adjacent markets—they’re iterative.”

TV stations themselves participated in the last repacking triggered by the 2009 digital transition. During that process, the amount of spectrum TV stations would occupy was a known known. What will be left after the 2014 incentive auction is an known unknown.

There are other holes in OET-69 that are not yet plugged, like evaluating coverage using an assumption that 50 percent of locations have reception 90 percent of the time, he said. The ratio is a relic of analog broadcasting.

“In digital, either you have a picture or you don’t,” he said.

“In making any reassignments or reallocations under paragraph (1)(B), the commission shall make all reasonable efforts to preserve, as of the date of the enactment of this Act, the coverage area and population served of each broadcast television licensee, as determined using the methodology described in OET Bulletin 69 of the Office of Engineering and Technology of the commission.”

The clause brings into question the legality of changing OET-69 before the incentive auction, something the NAB suggested in a statement it shared upon request:

“We are extremely concerned about the Public Notice. This proposal introduces a new level of legal uncertainty as well as confusion about coverage areas and populations served by local television stations. We’ll be engaged with the commission, Congress and other stakeholders to ensure that this proposal doesn’t distract or unnecessarily delay the task at hand.”

See “FCC Reveals TV Channel Repacking Methodology”
The FCC has quietly revealed what amounts to its methodology for repacking TV channels in the post-incentive auction spectrum band. The agency released a new version OET-69 software that it intends to use for the repacking, and is seeking input on its efficacy.