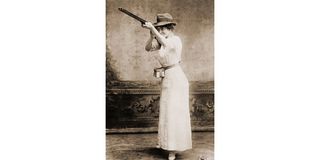 BRINKSVILLE: If the electronics industry is so green, why must I have a different set of power cords for every type of gizmo in my house? My home is the Historical Museum of Cabling. Where do cellphone cords go after you upgrade? Probably a giant swirling heavy metal stew in the middle of the Pacific.

I understand the cellphone industry is supposed to have a universal micro-USB interface by January. It will be delivered by magic earth faeries riding glitter-breathing unicorns. Even if this somehow actually occurs, there are already 160 gazillion dead cellphones and power cords in the environment. Only if they are discovered to assist in weight loss and reverse aging will they not end up in landfills wrapped in banana peels.

Seriously. Have the garbage police ever knocked on your door with a handful of slime-covered batteries? You’re probably more familiar with the Radio Shack relay, whereby you are told that Radio Shack recycles batteries, but just “not this one. Maybe the one over on Manchester.” Then the first Shack team calls the one on Manchester and places bets on how many locations you’ll hit before going home and sticking your sack of dead batteries back under the counter next to obsolete cellphone cords.

My cellphone service provider offers me a new device every two years--either free or at a deep discount that they immediately recoup with an expensive new contract. I shall forever regret giving up my Nokia brick. You could actually hear what a caller was saying on the brick, but the Razr came in pink. Why I gave up my pink Moto Razr, I’ll never know. Most of my phones since have been unmemorable. I have two cellphones on my desk right now, one for which I have to grasp the skid of a passing helicopter to get a signal. The other one makes callers sound like they are talking over shortwave radio. I have yet to adopt a smartphone because A) they’re a ploy to make me pay three times what I do now for a service plan, and B) I see my friends with smartphones yelling into them because that’s what you do with a dropped signal, or two cans on a string.

The notion of “green” products of any kind is a bit of a crock because everything from toothpaste to memory cards come wrapped in packaging that volumetrically exceeds the thing you’re buying. Electronics components typically come in hermetically sealed, nuclear-proof, plastic armor that requires a table saw to open. Like that stuff will ever break down within the lifetime of the planet.

If the electronics industry really wanted to be green, it would build things to last much longer, though I understand cyclical replacement is an obscenely massive profit center. It might not be if the industry had to recycle everything it sells under controlled conditions rather than allow the stuff to be exported and turned into lead charm bracelets for kids. Certainly our cellphones have reached some sort of form factor upgradable with new chips, which in turn could be recycled here to create jobs.

Yes, it would make the devices more expensive, but everything gets more expensive. The idea of being “green” is about cognizance of one’s impact on the environment. Nothing wakes us up like a hefty price tag. If we’re not willing to pay for it, and industry’s not willing to push it, then fine. But let’s at least stop pretending that anything but money is green.
~ Deborah D. McAdams