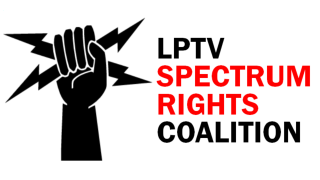 WASHINGTON—The LPTV Spectrum Rights Coalition has informed the Federal Communications Commission about the efforts of Class-A and LPTV stations to inform the public about the ongoing COVID-19 pandemic.

The letter to FCC Chairman Ajit Pai and Commissioners Michael O’Rielly, Brendan Carr, Jessica Rosenworcel and Geoffrey Starks lays out nearly 20 examples of how Class-A and LPTV networks and stations have responded to the crisis.

“From national networks serving the LPTV community, to ethnic networks and the local stations serving both urban and rural areas, these small businesses are stepping up to be a key critical source of trusted local information and news about the pandemic,” said the letter, which was penned by coalition director Michael Gravino.

Nationwide networks mentioned in the letter include the 3ABN faith network, which reaches a potential 100 million people with its 175 Class-A and LPTV stations; NewsNet, a national news network serving many Class-A and LPTV affiliates reaching as many as 59 million viewers; and DiyaTV, a national southeast Asian network airing in Chicago, San Francisco, Dallas, Atlanta, Orlando, Fla., and Bakersfield, Calif., reaching a potential 20 million viewers.

The coverage approach of these networks ranges from producing additional live programming about the pandemic, airing conversations with physicians and pastors and delivering breaking news daily to coverage of local nonprofits, interviews with the president of India and carrying President Donald Trump’s daily COVID-19 press briefing.

The letter also pointed to the efforts of individual Class-A stations, like WLFT-CD in Baton Rouge, La., and WNCE in Albany, N.Y., as well as the steps many LPTV operators are taking, such as WHCQ-LD in Cleveland, Miss., which is covering county supervisor meetings in their entirety during which various officials offer updates on the status of the virus locally, and WXWZ-LD in Guayama, Puerto Rico, a hyperlocal Spanish-language stations airing locally produced public service announcements.

In the letter, Gravino asked the agency to acknowledge the efforts of Class-A and LPTV stations to address the pandemic.

“Many [of the LPTV licensees] have turned over hours and hours of time to serve the local information needs of the community,” Gravino said in the letter. “And the owners and staff keep coming into work to make sure the station is operating.”

The coalition separately communicated to its members today that it cannot count on NAB to represent the interests of LPTV stations to secure a part of a $5 billion to $10 billion media buy by the federal government being sought to assist local media during the economic downturn stemming from the pandemic.

In the coalition’s newsletter, Gravino said “…we will have to do this lobbying of Congress on our own.” He urged the coalition’s membership to provide financial support for the effort.