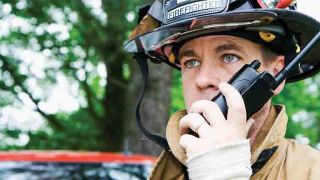 In a letter to the FCC, the Land Mobile Communications Council asked the commission to take action against numerous instances of radio interference from stations that moved to new channels as a result of the 2017 spectrum auctions that transferred portions of broadcasters’ 600 MHz spectrum mostly to wireless carriers seeking to upgrade to 5G.

Interference issues between the two systems is nothing new. In the mid-2000s, the FCC had to intervene when reports of garage door openers were also interfering with PLMR systems. Those situations and others like that, the LMCC said, were temporary and usually fixed in a reasonable time period and didn’t have the same impact.

“This interference is so strong that it takes the PLMR systems off the air and is occurring for many hours several days a week or even multiple consecutive days,” the LMCC told the FCC.

LMCC says the situation represents a threat to public safety and to the loss of business.

“This interference has rendered affected PLMR facilities entirely unusable in certain markets, resulting in hundreds of thousands of dollars of lost revenue as customers of commercial systems are forced to search for alternative communication options and incurred expenses as licensees have sought remedial action by the broadcasters and/or acquired other spectrum to which their operations could be moved,” the LMCC said. “The interference with what had been reliable communications endangers the safety of employees, disrupts operations at affected facilities and poses a major threat to public safety in certain instances. The urgency of the problems demand FCC action to enforce those regulations and policies as promptly as possible and to avoid the creation of similar problems in the future.”

PLUS: Repack Crosses the Finish Line

“In such cases, the FCC has relied on its long-standing ‘newcomer’ policy pursuant to which new licensees are responsible for resolving interference caused by their operations even if all parties are operating in accordance with the rules and the terms of their authorizations,” it told the commission. “In this instance, it is vital that the newcomer DTV stations assume this obligation because there are no anti-interference solutions available to the PLMR licensees.”

Citing rules that require TV stations to identify potential interference before construction, the LMCC said the issue can be easily resolved if the FCC enforces those rules.

“A number of new permittees have been diligent both in identifying potentially affected PLMR systems and, more importantly, in implementing the necessary filtering to avoid causing interference,” LMCC said. “Their success makes clear that those facilities can co-exist when appropriate interference mitigation measures are taken by the DTV station.”

“Some EWA members are so frustrated that they wonder if the reaction of a few TV stations might be ‘There is nothing we can do; the environment is the root cause; we didn’t want to move in the first place; or, maybe the PLMR incumbents will go away in time and leave us alone,’” said EWA President Mark Crosby. “Of course, these are unacceptable responses as the PLMR industry is as vital to the well-being of this country as are broadcasters, even if not as well known. The LMCC seeks only a fair hearing and the FCC’s active support towards a resolution. That should not be wishful thinking. EWA remains optimistic.”