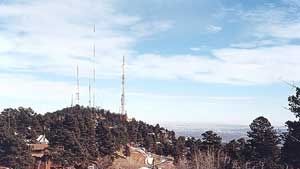 WASHINGTON—The Insights Association has come out strongly against an FCC proposal that would have local TV station markets be determined by signal strength measurements over the current system based on audience measurement.

The FCC has been looking into how to update how to determine if a TV station is “significantly viewed” in a given community outside of its local market so as to determine if it can be treated as a local station by cable and satellite providers. The FCC is seeking comment on whether audience measurement research for this has become “outdated or overly burdensome”—it was first adopted nearly 50 years ago, according to the FCC.

In comments filed by Insights Association, a nonprofit trade association for the marketing research and data analytics industry, measuring signal strength cannot compare to to scientific audience measurement “because it can’t tell the FCC where anyone actually watched the signal, even if the signal strength theoretically captures where such a signal might be capable of being viewed.”

The association says that because consumers have a choice in what and when they watch something on TV, the fact that a signal reaches a certain area does not mean that it is significantly viewed in that area.