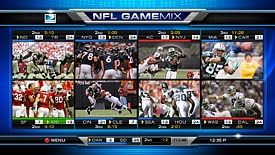 ALEXANDRIA, VA.
The popularity of HD-related technologies continues unabated going into fall 2008 and appears to be even accelerating—no doubt propelled by ambitious marketing campaigns by cablers and DBS and subsequent consumer enthusiasm—as America braces for the final months of the sputtering analog era.

It's gotten to the point where "HD" has become synonymous in the English language with anything that is cutting-edge (most notably and perhaps ironically, "HD Radio"). And in a possible rite-of-passage moment this summer that went largely unseen, Cable One, a Phoenix-based small cable provider, suggested in an FCC petition that HD should no longer be considered an "advanced" service because "virtually every network is available in HD [and] virtually every new TV purchased is HD-capable…"

Even the New York Times, in reporting on NBC's wall to wall hi-def coverage of the Summer Olympics in Beijing last month, commented that "high-definition TV is no longer a luxury option. It's standard." Indeed, it's come a long way, baby.

DBS competitors Dish and DirecTV rarely let a week go by without announcing further growth to their HD services, and both firms are deploying more satellites into orbit soon to dramatically grow their bandwidth-thirsty HD capacities. "HD has been a powerful tool in establishing DirecTV…and positioning it as a premium brand," said Robert Mercer, DirecTV's public relations director.

Following a heavy media campaign that began last year and ran into early 2008—which included national TV, print, the Internet and even airborne (via the DirecTV blimp)—Mercer said the satellite brand managed to "plant a stake in the ground as the pay-TV service provider with most, best-quality HD, which resonates strongly with consumers." DirecTV plans to launch an additional 44 HD local-broadcast markets by the end of 2008, thanks to its new DirecTV 11 satellite—with an additional space bird going up in 2009 that Mercer said will provide capacity for growing its services (technically, at least) to about 200 HD channels.

Its DBS competitor, Dish Network, also has been growing its HD line-up—notably staking some new ground with its 1080p VOD service—although Dish has been losing subscribers lately, unlike DirecTV. (Possible merger talks between both DBS firms have been off and on since early summer.)

Cox, the nation's third-largest cabler, directly credits HD with spurring much of its growth in recent fiscal quarters.

"We're doing very well with HD subscriptions and, in fact, recently announced a record 50-percent increase in HD subs compared to the end of the second quarter of last year," said David Grabert, Cox Communications' media relations director. "We're now offering both linear HD channels and HD on-demand, which provides access to more than 130 HD 'choices.' For us, it's about offering the most relevant content that truly makes a difference in HD—and offering customers access to that content on their own terms."

Comcast, the country's biggest MSO, has been trying to distinguish itself from the competition, in part, by working "synergistic deals" directly with content creators. It struck up a partnership this summer with Warner Bros. over that studio's release of "The Dark Knight," which went on to break box office records. (In August, Warner Bros. released 85 titles in HD, including such classics as "Casablanca," to cable and DBS for HD VOD.)

Derek Harrar, Comcast senior vice president of video services, said the cable operator was given tons of bonus material for the latest Batman saga (mostly in digital HD) for VOD by its subs prior to the film's theater release. "Among other things, Comcast plans to grow its HD VOD menu to about 1,000 movie titles by year's end," Harrar said.

Time Warner Cable takes a somewhat novel approach to its HD fare: It gives it away (several dozen HD channels, anyway) to its digital customers. Marketed as "Home of Free HD," TWC's digital subs in parts of New York and New Jersey can obtain HD set-top boxes for the same price as non-HD boxes.

DirecTV's NFL HD package has been an important tool in marketing the satellite provider's HD programming.

DirecTV's NFL HD package has been an important tool in marketing the satellite provider's HD programming. "We're going to continue to pound away at the fact that the vast majority of HD is free here, as we contine to also increase the number of HD channels," said TWC Spokesman Justin Venech. Nationally TWC currently ranks behind only Comcast and DirecTV in the number of subscribers.

In some big ways, the coming HD era is being propelled by sports and sports-crazy consumers. Disney-owned ESPN launched three new sports services in 2008 alone—ESPNEWS HD, ESPNU HD, and ESPN HD Australia (which also is being produced at ESPN's Bristol, Conn., base and sent via fiber to Sydney). Bryan Burns, ESPN's vice president for strategic business planning and development, thinks growing ESPN overseas could be his company's "next frontier" in extending its HD brand, but right now he's concentrating on HD ratings at home.

"In 2008, for the first time, we were able to receive audience information broken out by SD and HD," Burns said. "Nielsen reports that ESPN rates 50 percent higher in HD homes than in non-HD homes. Six years ago when we were planning ESPN HD, we thought our ratings would be higher, but I don't recall thinking they would be 50 percent higher." He said while about one-third of all U.S. homes now have HD, roughly 40 percent of those HD homes do not subscribe to HD services. "This number has been slowly shrinking, but that is a critically important number to ESPN," Burns said.

The somewhat reluctant focus on HD by cablers did not exactly happen voluntarily, according to analysts.

"Cable was forced into using HD as a marketing tool because satellite beat them to it," says James McQuivey, an HDTV analyst with Forrester Research. "With that drumbeat driving up awareness, cable simply had to step up and meet expectations. However, cable was able to rally quickly and provide parity in most cases." McQuivey said cable and satellite are now benefitting from the fact that HD's churn rate (a persistent early problem often attributed to buyer's remorse) has been slowed in the past year by retailers being more aggressive in promoting the sources of HD content at points-of-purchase.

Paul Erickson, director of DVD-HD market research at DisplaySearch, a consultancy, believes HD continues to be both a competitive differentiator and a proven churn-fighter.

"For some, it continues to be a way to drive increased revenue by selling advanced services, and for others it's seen as a way to capture and lock-in digital subscribers. But if you look at the state of HD for [cable and DBS], it's becoming clear that HD is becoming less of a 'differentiator' and more of a 'must-have' if you sell pay-TV services. Major operators without an HD story would be behind the competitive curve," Erickson said.

McQuivey said it's good to remember that a "storm" of fresh HD content—and new big-pipe delivery venues—could soon join up with a lot of other would-be partners. "Blockbuster wants in, set-top box providers like HP and Apple want a piece of the action, and Hollywood studios are still eyeing possible direct-delivery mechanisms for [their own] HD content," he said.