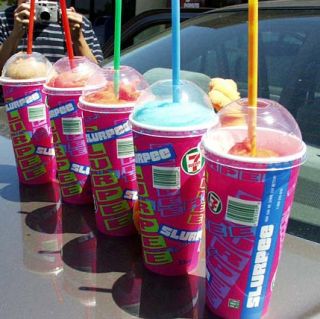 MELBOURNE, FLA., SANTA MONICA, CALIF., and DALLAS:
Harris Broadcast has won a $75 million contract to outfit 7-11 stores with their own high-definition network. Harris, in partnership with Santa Monica, Calif.-based Digital Display Networks, is building the network out to the chain’s 6,200 stores. It will represent the fourth largest “broadcast TV network when fully deployed,” Harris said, citing Nielsen data. It’s expected to be completed by the fourth quarter of this year.

Harris is providing the network backbone through a 10-year agreement “valued at $75 million, with additional revenue-sharing potential,” the vendor said. The digital out-of-home network will ride on Harris InfoCaster digital signage system and its Punctuate traffic software. Harris said its software can “manage 40,000 playlists, national and local ads, and all the software supporting transactions on a network.”

DDN, provider of the largest digital information TV network in hotels, is contributing turnkey services that include content production and ad sales. The network will eventually reach an estimated 190 million viewers a month, DDN estimates.

DDN launched a pilot version of the network last year to 500 select high-traffic stores that included those in New York, Los Angeles and Chicago. Programming is around-the-clock, with national and local entertainment news and weather, as well as ads for proprietary and signature 7-11 brands. Programming is further divided into day-parts to best promote “specific items when the are most relevant to customers,” DDN said.

Each store is being outfitted with two hi-def LCD monitors with “directional audio” targeting people standing in front of them. Darren Mann, CEO of DDN said the 7-11 net will have the ability to “generate some 2.3 billion consumer impressions annually,” making it comparable to a national network, though in an environment where people can immediately buy what they see on TV. Digital-out-of-home, or DOOH advertising, is estimated to have exceeded $35 billion in 2009, expected to grow by double digits through this year, according to PQ Media of Stamford, Conn. (Figures cited by DDN.)

In addition to providing the backbone, Harris is supporting 7-Eleven TV with 24/7 monitoring, data hosting and support via dedicated Network Operations Centers in Dallas, Texas--where 7-11 is headquartered--and Harris’ home town, Melbourne, Fla. Harris said it provides similar services for McDonalds, for the Amway Center in Orlando, Fla., and for two international resorts among others.
-- DMcA