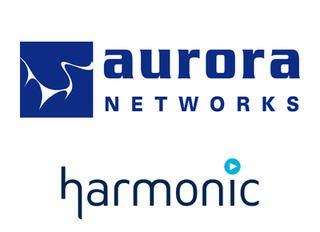 In an effort to shore up its financial standing and drive growth, Harmonic, based in San Jose, CA, is streamlining manufacturing/operational costs and divesting itself of underperforming assets and refocusing on what it feels are “core growth opportunities." As part of this companywide initiative, the publicly traded Harmonic has agreed to sell its cable access business to Aurora Networks, Inc., for $46 million in cash. Aurora Networks, a veteran in the cable industry, makes optical transport and access systems for broadband networks.

Harmonic said the decision to divest the cable access business reflects its commitment to further embrace the video production and playout, video processing, and cable edge product areas. Products that fall under the cable access division, and which will now be sold and supported by Aurora Networks, include a number of hybrid fiber-coax (HFC) products, including optical transmitters, optical passives, optical amplifiers, as well as optical receivers and nodes. All of these products support video, data and voice applications.

(Note, Harmonic’s EdgeQAM and Converged Cable Access Platform (CCAP) products are not part of the sale.)

The transaction is expected to be completed by the end of the first quarter of 2013. In addition, Harmonic’s board of directors has approved an increase to its current share repurchase program to include the net, after-tax cash proceeds from this transaction of approximately $35 million, contingent upon its closing.

Harshman said Harmonic is not the market leader in the cable access product area, and there is limited strategic synergy between cable access and the company’s other higher growth product lines. The cable access business generated $52.9 million of net revenue with gross margin of approximately 30 percent in calendar year 2012.